BREAKING NEWS
GMT-4 02:50
Home Black Global Feli Nuna Says She Will Wear Panties For Interviews If I Make A Song About That 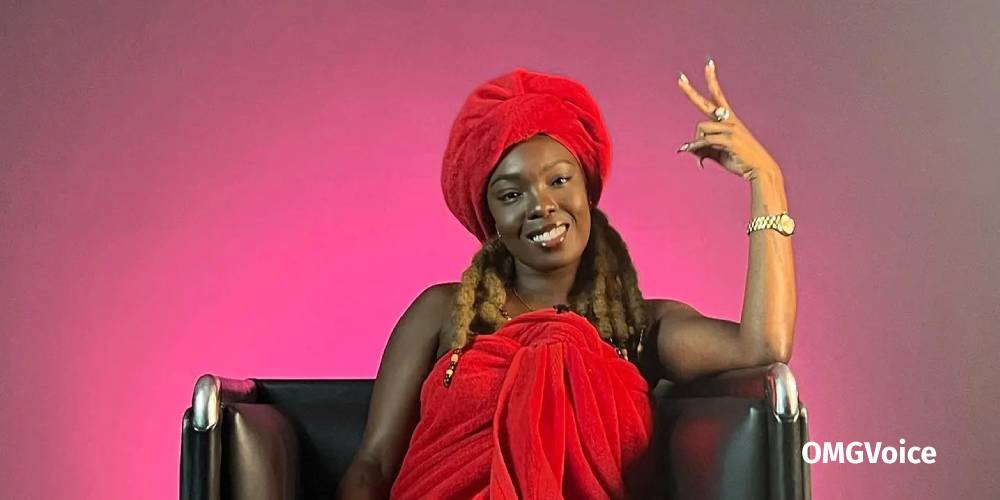 Ghanaian female musician, Feli Nuna, says she will appear only in underpants for interviews if she produces a song on that subject.

The ‘Off Da Ground’ signee said in an interview with Sammy Kay media that if she ever composes a song about “pants” she will be in pants only for her media tours.

She explained that this is an “act” and if it brings in the money, she is fine with it.

According to her, if that will help promote such a song, nothing else matters.

She has been receiving a lot of attention for her appearances on media interviews only draped in a towel while promoting her new single ‘Towel.’

Speaking in an interview with Sammy Kay, the singer said that the reason she has been wearing towels for her recent media tour is solely for the promotion of her song ‘Towel.’

Feli Nuna has been seen on several media platforms clothed in a white towel on her body and hair.

While promoting her song, she has also been vocal about issues in the country too.

Covered in two red towels, Feli Nuna urged President Akufo-Addo to find a solution to the soaring prices in fuel.

The singer said she saw the current challenges in the country “coming from last year December.

“Even two years ago when the year of return sparked up and we had foreigners coming, I was like these people are coming to use their time 10 times 7 money to come and distort things, and truly when they come prices rise and after they leave the prices remain the same or go higher.”