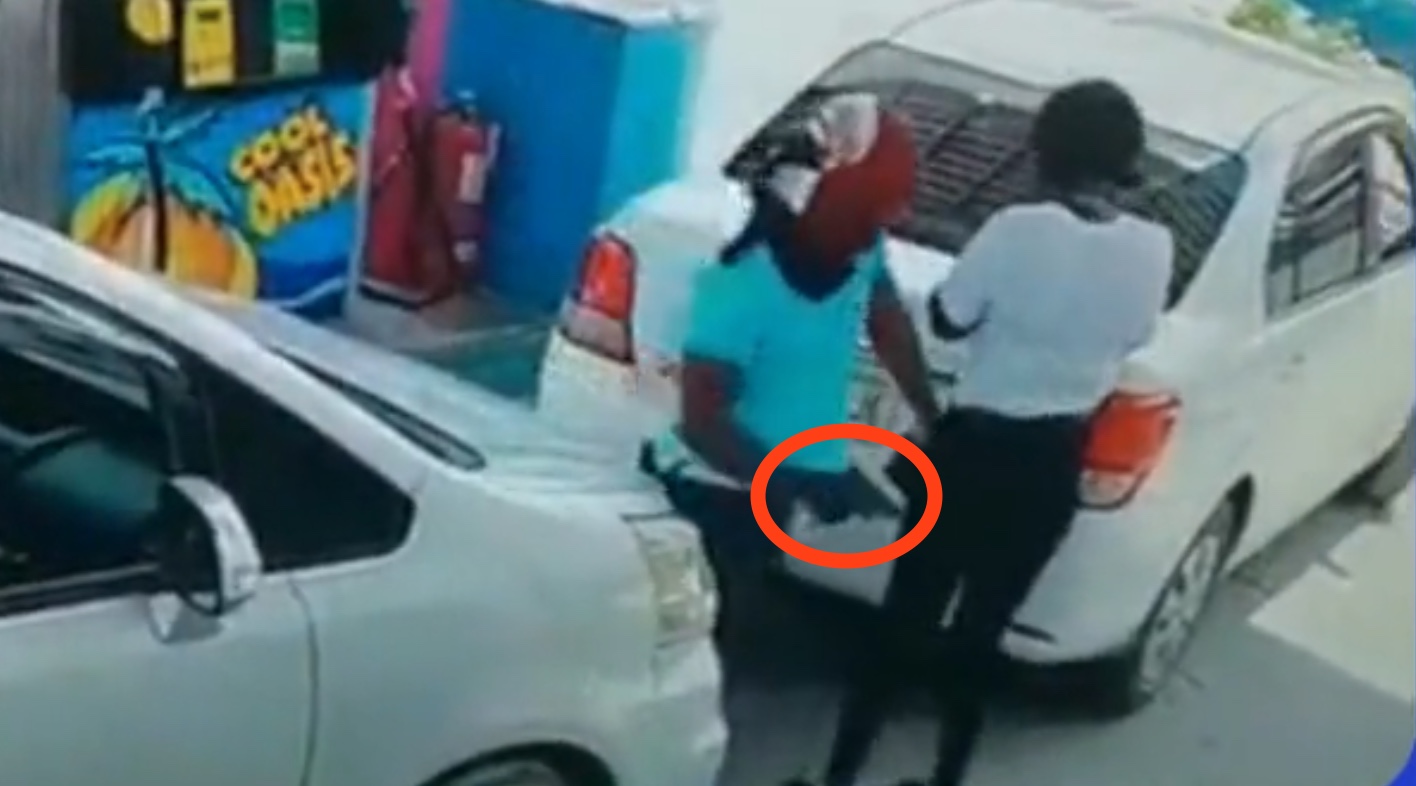 A CCTV surveillance video captured footage of a female pump attendant getting robbed by an armed man at a Cool Oasis gas station.

The man could be seen walking from across the road and approaching the gas station wearing a red handkerchief around his head, and another black one around his neck. He was dressed in a green shirt, shorts, and black shoes. Upon reaching, he patrolled the area where the pump attendant was stationed.

Oblivious to the danger, the young woman continued to serve gas to a white Toyota Axio, while another two waited on the pump. The driver from the Axio then exited the vehicle to speak with a man on the other side.

Soon after, the gunman returned and placed a gun in front of the pump attendant who screamed and tried to run, however, was restrained. He then stands behind her, searched her back pocket, and removed what was inside.

The armed assailant then ran from the scene of the crime.

Watch the video posted on Twitter by CVM Television below:

RELATED: Man Shoots Brother In The Face During Robbery In St. Ann

RELATED: Man Shot And Killed In Kingston While Trying To Prevent A Robbery After New Rules