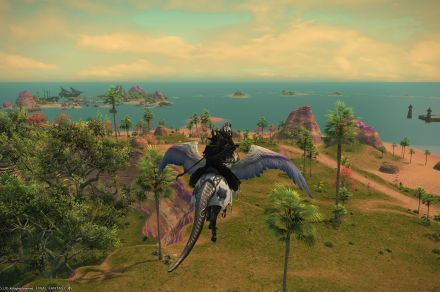 The ultra-popular massive multiplayer online roleplaying game, Final Fantasy XIV, is getting yet another update. This fresh patch, titled “Buried Memories,” brings tons of new content to the game. That includes a new solo gameplay feature where players can build their own personal island sanctuary.

Buried Memories is patch 6.2 of Final Fantasy XIV. Like each update for the game, this one includes new additions for multiple areas of the main multiplayer mode of the game. Here’s the list of features straight from Square Enix.

New main scenario quests
New side quests
New dungeon called The Fell Court of Troia
New trial at both Normal and Extreme difficulties with further details to be announced at a later date.
New 8-Player Raid titled Pandæmonium: Abyssos available in both Normal and Savage difficulties. The Savage difficulty raid is scheduled to be released one week following the launch of Patch 6.2.
New Unreal Trial featuring a battle against Sephirot in Containment Bay S1T7.

One of the main draws of this new update is the upcoming Island Sanctuary content. In this area, players build their own sanctuary on a solo island. To do so they’ll gather materials, build facilities, care for creatures, and more. The main focus of this content is to be a relaxing add-on for XIV, according to a press release. You can also earn currency by completing goals in this mode to exchange for special items.

While patch 6.2 has no set release date, the launch window for the new update is set for late August 2022. Square also announced that another 6.25 patch is following at a later date with even more side-quests and additional content.