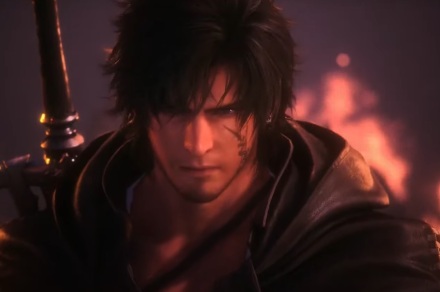 During Sony’s State of Play presentation, Square Enix showed a brand new trailer for Final Fantasy XVI. It will launch sometime in the summer of 2023.

Producer Naoki Yoshida debuted the new trailer and it provided some narrative background, saying, “In a world ruled by tyranny and turmoil, there are those who could fight to take back control of their fate.”

The gameplay is in real-time combat with a user interface that looks like a mix of different elements from Stranger of Paradise: Final Fantasy Origin with its skill icons in the corner and Final Fantasy XIII where it shows abilities being activated on the side of the screen.

Some other gameplay elements were shown as well, including a “stagger” status where enemies double over and become vulnerable to incoming attacks. It’s unclear whether there are other party members available during combat, or if it’s a just solo journey with protagonist Clive Rosefield.

The trailer also shows a ton of summons and gods commonly seen in the Final Fantasy franchise. These include Phoenix, Ramuh, Shiva, Titan, Garuda, Odin, Bahamut, and Ifrit. It also looks like these gods can fight each other, as the trailer shows a battle between Ifrit and Titan.

While story details are still light, the end of the trailer has an emperor giving a speech, saying, “There will be losses, it is true. Yet for every citizen that falls, another can be bred. For every home that burns, another can be built. the empire will live on.” Given the harsh nature of these words, it seems like the emperor is some sort of antagonistic force.

Final Fantasy XVI is a console exclusive for PlayStation. It’ll launch in summer 2023.