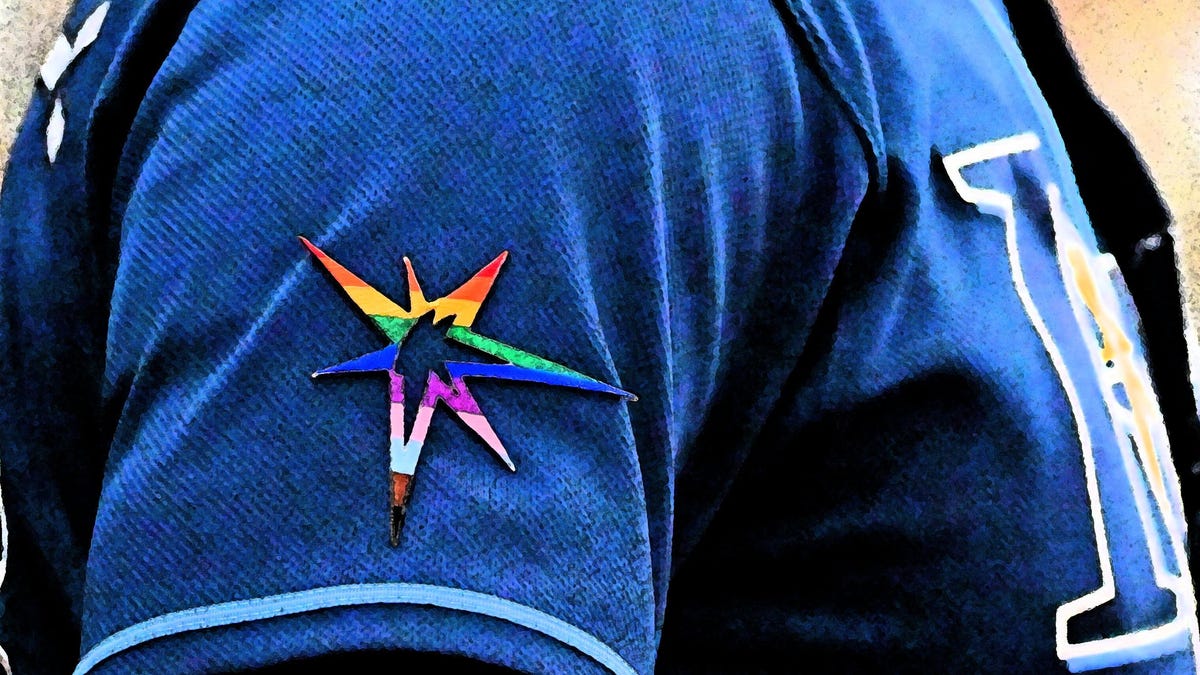 Bigotry is on full display in Tampa Bay.Illustration: Getty Images

Remember, not so long ago, that one of the reasons it was thought the Colorado Rockies couldn’t win is because the whole organization was dead set on being a weird religious cult? That’s quieted down in recent years, and it just turns out they’re more of a run of the mill, backward, nepotism lousy group of morons. But don’t worry MLB, you’ve got a new team that’s apparently warriors for Christ that’s limiting the appeal of your game!

On Saturday, the Rays tried to boost their Pride Night by having rainbow patches on their jerseys and hats. Five players removed them, citing their religious beliefs, which as George Carlin has told us is always the last place to turn for someone with no answers and no ideas but needs a shield from rightly being called a bigot. They’re under the impression it’s a get-out-of-being-thought-hateful card.

Jason Adam was apparently chosen to be the spokesman for the Rays Block of Hate, trying to mealy mouth his way to threading a needle that doesn’t exist that makes it OK to hate gays without feeling like you hate gays. Adam tried to claim that he doesn’t look down on the LGBTQ+ community and that they’re still welcome, but of course he wouldn’t do the actual thing that would make it seem like those two things were true. All while parading out the usual drivel that’s around “hate the sin but love the sinner” horseshit.

It’s not much of a surprise, as we know there’s a decent swath of MLB players who are corn-fed mules that wave a Bible at any building over four stories tall for encroaching too close to their lord. It doesn’t matter what the belief is in the very vacant space between your ears, when you talk about homosexuailty as a “lifestyle,” or “choice,” it’s apparent that one, you don’t get it, and two, you do actually discriminate against them. You can bet that wingnuts like Adam would criticize other religions for their treatment of any number of groups like women or gays, as well, but when it comes to Christianity it’s always a cover for people like him. Didn’t…