BREAKING NEWS
GMT-4 12:51
Home Technology Floppy disks are finally on the way out in Japan … maybe 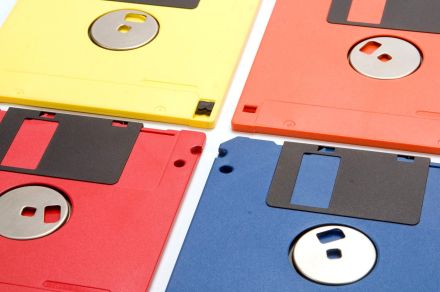 Floppy disks are finally on the way out in Japan … maybe

Japan may well be a leader in innovation and technology, but this week a prominent government figure revealed how it sometimes likes to hold on to old technologies, too.

Days after taking up his role as the nation’s Minister of Digital Affairs, Taro Kono tweeted: “Digital Minister declares a war on floppy discs.”

That’s right, floppy disks, those data-holding plastic objects that our great grandparents used to stick into computers. Though in Japan, some folks still do.

Kono said there are “about 1900 government procedures” that involve members of the business community having to use some type of disk, including the floppy type.

Digital Minister declares a war on floppy discs.
There are about 1900 government procedures that requires business community to use discs, i. e. floppy disc, CD, MD, etc to submit applications and other forms. Digital Agency is to change those regulations so you can use online.

In a bold bid to take government work into the 21st century — 22 years after it arrived and 11 years after Sony manufactured the last floppy disk — Kono said he wants to finally replace the storage medium and do everything online instead.

It’s not the first time that Kono has gone on the offensive against old tech. Speaking last year in his previous role as administrative reform minister, he made clear his wish to rid government departments of fax machines, suggesting email might be a better way to communicate. But some government departments pushed back, arguing that fax machines were more secure than online communication.

Kono’s comments followed criticism early on in the pandemic in 2020 when doctors complained about having to handwrite paperwork on new COVID cases before faxing the information to public health centers as part of the data collection process. An online reporting system was eventually introduced in August 2020.

But perhaps we shouldn’t be too harsh on Japan. After all, it was only three years ago that the U.S. military finally ditched a 1970s-era system that used floppy disks for the operational functions of the…