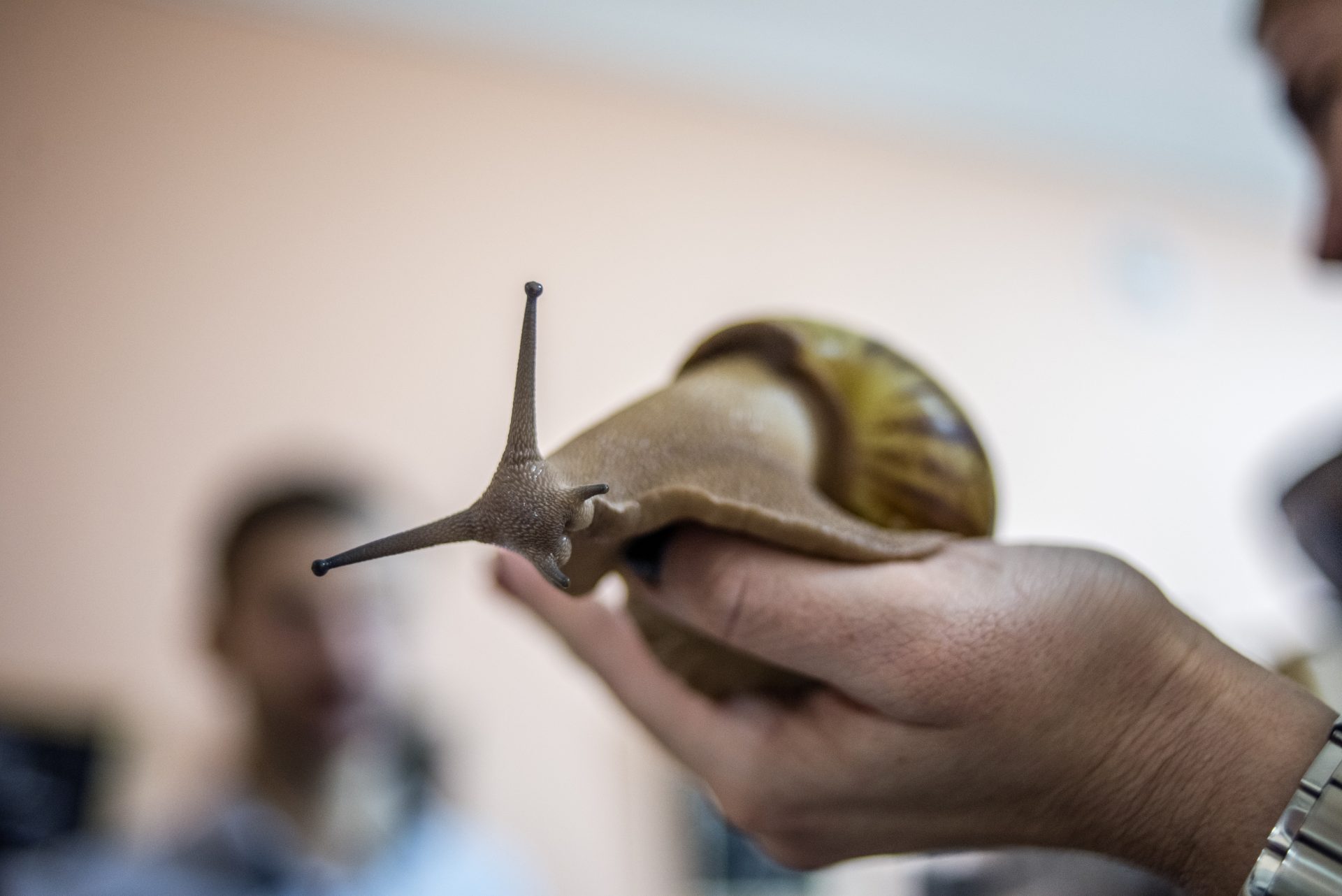 Whew! This is the stuff nightmares are made out of! A Florida town is under quarantine after officials discovered a growing population of giant African land snails. These creatures can grow up to eight inches long, which is the typical size of larger rats. According to CNN, they pose both a threat to humans and the environments the species invades.

The giant land snails are native to East Africa, but the Florida Department of Agriculture and Consumer Services (FDACS) confirmed their presence in Pasco County. A county master gardener reported the presence of the pests in the New Port Richey area and the FDACS confirmed it on June 23.

The FDACS’ website strongly recommends residents do not handle the giant snails “without wearing gloves.” Turns out, these animals can be carriers of the parasite rat lungworm, which may lead to meningitis, per CNN.

Treatment to rid the area of the animal reportedly began on June 29.