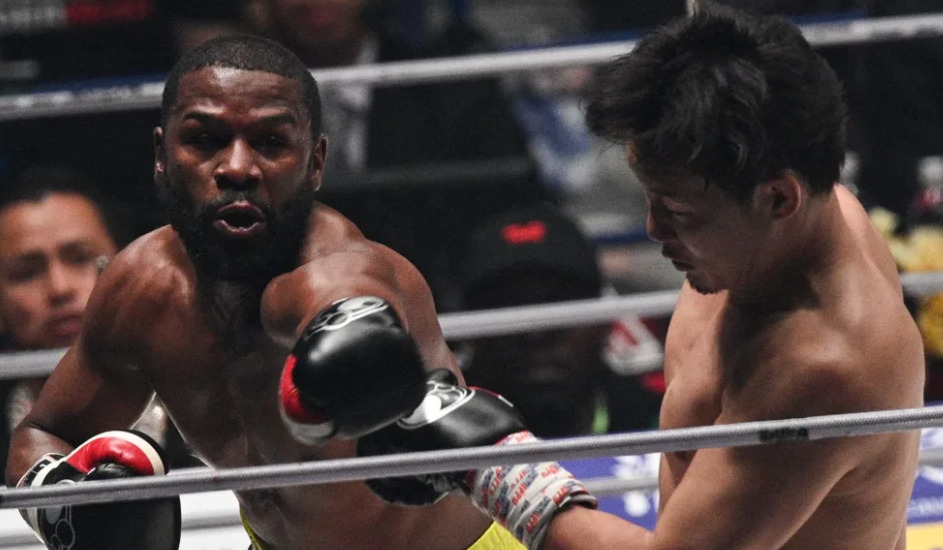 On the Rizin 38 card in Saitama, Japan, 45 years strong unbeaten Hall of Famer Floyd Mayweather, knocks out MMA star, Mikuru Asakura, in the second round of a scheduled three-round exhibition.

Asakura, a 30-year-old mixed martial arts fighter, was able to land a few eye-catching blows of his own but lacked the skills needed to compete on equal footing with Mayweather, even though he is well into his mid 40’s.

Mayweather was able to get a knockout in the last two seconds of the second round of their match.

With a monotonous first round that consisted of punches thrown to test the waters; the second round picked up steam and recorded Mayweather landing power shots to Asakura’s head and upper body region.

Asakura, even with the challenge of getting solid hits on the defensive fighter, was able, to the surprise of many, to inflict several head-snapping strikes on Mayweather. However, Asakura was still on the receiving end of the more damaging hits.

After the groundwork of multiple strategic headshots, Mayweather finally landed a right hook that laid out his opponent flat on his back.

The Referee, Kenny Bayless, took one look at Asakura after he had risen to his knees, and called the match. He was in no shape to continue.

See more pictures from the match:

Mayweather seemed to be enjoying himself after his win as he courteously expressed his appreciation to the Japanese crowd.

He stated, “I’m happy we were able to give the people excitement tonight. Thanks for having me. I’ll be back.”

The only question left to ask after that statement, is who will he be fighting upon his return?

Watch the full fight below:

RELATED: Logan Paul Suing Floyd Mayweather For Not Paying Him For Exhibition Match