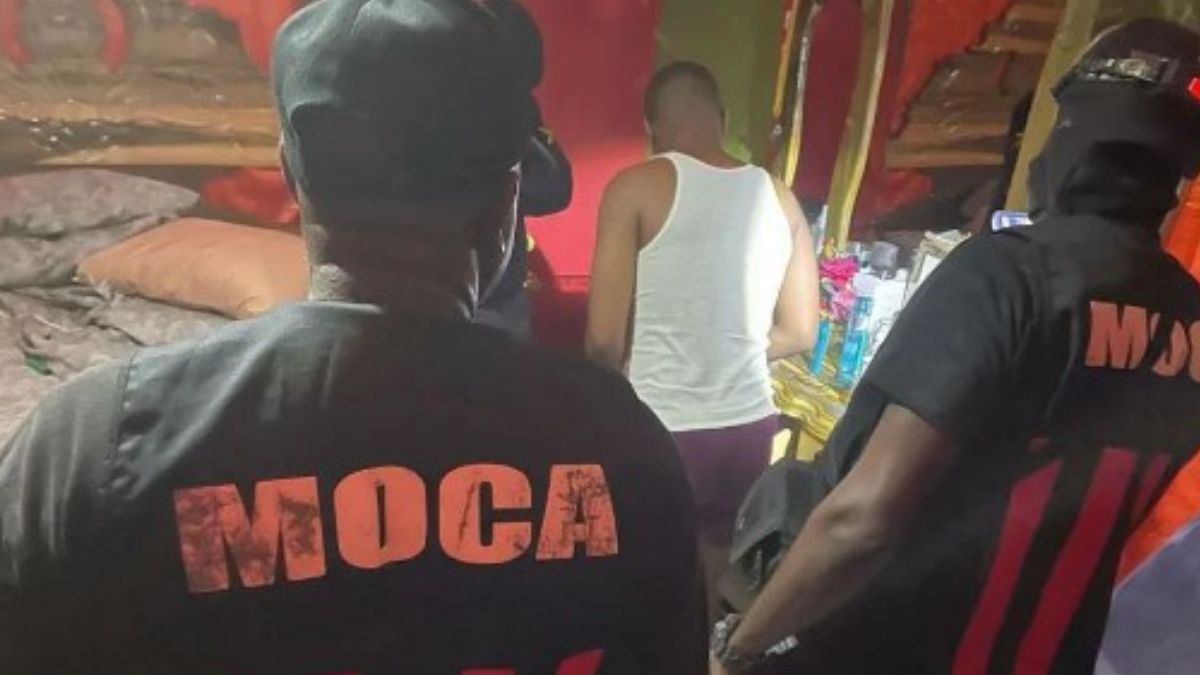 A Former member of the Jamaica Constabulary Force(JCF) was arrested on Wednesday morning during an anti-narcotics raid conducted by international and local members of law enforcement.

The ex-cop was nabbed in the massive pre-dawn raid conducted in Kingston, St. Andrew and St. James. His identity has not been released to the public but the Assistant Commissioner in charge of Area One, Clifford Chambers, has shared with the media that the officer is attached to the St. James police force.

A total of four suspects have been arrested so far. One was apprehended at The Avery gated apartment complex on Charlemont Avenue, in St Andrew the others though not yet confirmed, appear to have been captured in the Bogue Village and Westgate Hills raid in St. James.

Reports from the Jamaica Gleaner say that during the search of the residences, a quantity of cash was discovered in Canadian, American and Jamaican currency. The exact amount has not been verified, but developing information says the total includes US$6,700 and CAN$300. Also confiscated by police were Multiple high-end vehicles inclusive of two Mercedes Benz and a BMW, as well as firearms and other evidence related to the case.

According to reports from the JCF, two of the suspects arrested will be extradited to the United States. It would be Jamaica’s first drug-related extradition warrant from the US since Christopher Dudus Coke’s 2009 warrant and subsequent Extradition in 2010. Coke is currently serving the remainder of his 23-year sentence.

The JCF has also said that the joint police/military operation comes after months of coordinated investigations between Jamaican and U.S agencies.

The agencies that led the major operation were: the Major Organised Crime and Anti-Corruption Agency (MOCA) as well as Narcotics Police, the Financial Investigations Division, the Counter-Terrorism and Organised Crime branch, the Jamaica Constabulary Force Fugitive Apprehension Team, the US Drug Enforcement Administration and United States Marshals.

Watch scenes from the raid below.