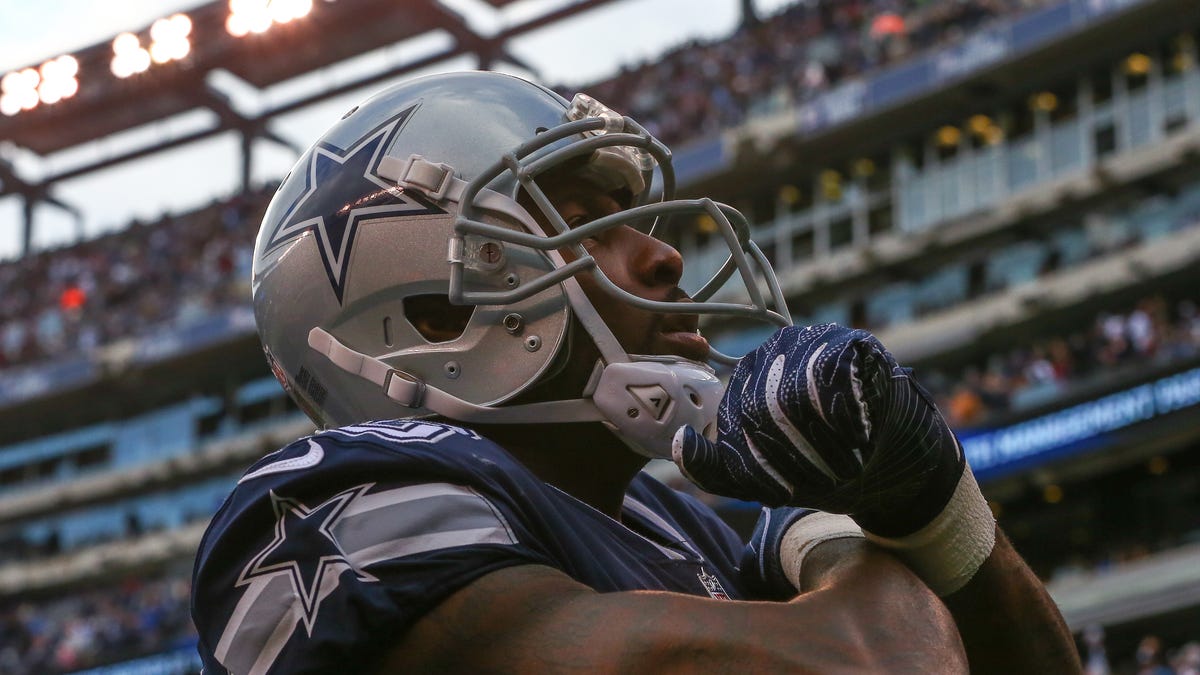 Following Dallas’ opening day massacre at the hands of Tampa Bay, former Cowboys wide receiver Dez Bryant was on Twitter touting how he’d be a good presence in the locker room to get the team’s “attitude” heading in the right direction.

Bryant was prompted by former NFL player Dantone Jones’ post after the Cowboys, 19-3 loss that CeeDee Lamb “needs a mentor.” The Dez Bryant ship sailed away from Dallas years ago and hasn’t returned. He’s been clamoring for a return since he departed in 2018, and this is just the latest plea. Although started by another player, Bryant jumped on the bandwagon in attempting to restore what he once was.

Cowboys fans love Bryant and would love to see him back in Big D in some capacity, but inside the locker room might be a stretch. Regardless of his injury status, Dak Prescott is the leader in that locker room and, more specifically, the offense. Dez has been hyper-critical of Prescott since he left Dallas. And the two didn’t always see eye to eye while teammates.

Earlier this year, Dez got into a Twitter beef with Dak’s brother (Tad Prescott) over criticism of Prescott and suggesting he should reach out to Tony Romo for advice following the wildcard loss to San Francisco. So, bringing Bryant into that locker room probably isn’t the best idea.

Use it day or night
As most smartwatches and similar wearables simply track your health and wellness, the Apollo seeks to actively improve it. This non-invasive tool sends silent, soothing vibrations meant to improve focus, benefit sleep, and help you feel relaxed and in control.

Dallas isn’t using a roster spot on a mentorship program for their No. 1 wide receiver. The Cowboys have large-scale problems on offense that Dez isn’t equipped to fix. There aren’t too many people qualified to cure what ails the ‘Boys. It’s hard to overcome a meddling owner and a head coach that doesn’t seem to have much of a clue since returning to the NFL.

Dez had a nice run for a few years, and that’s it. He’ll go down as a…