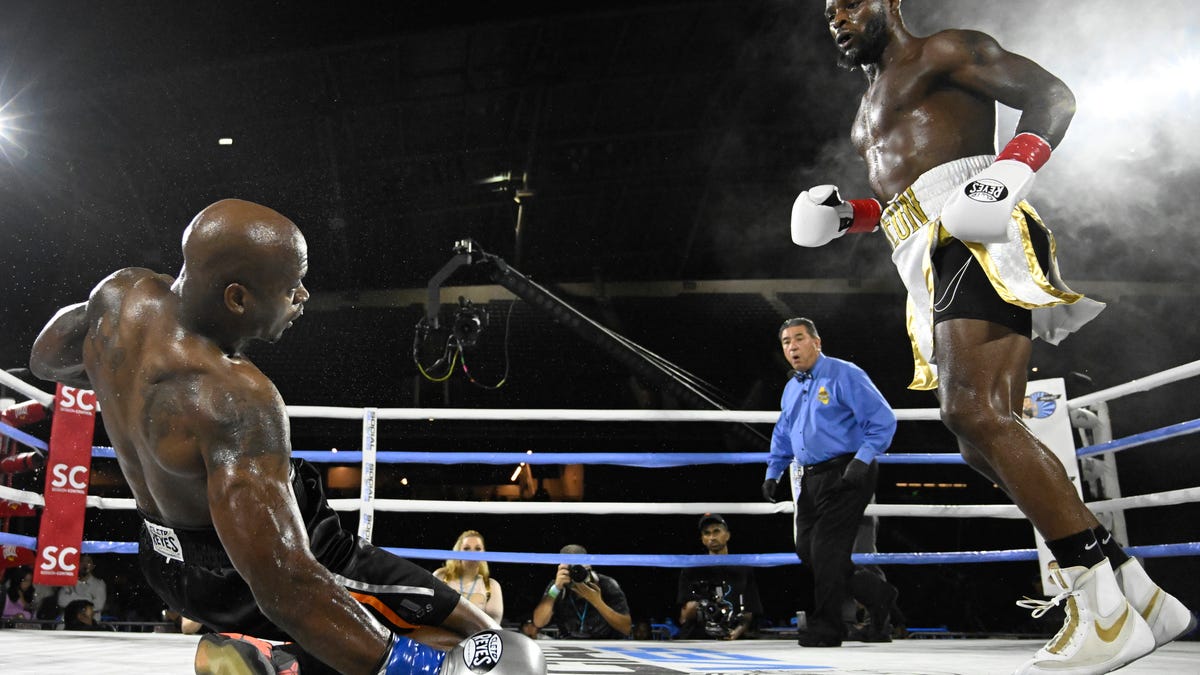 The phrase “taking one on the chin” has never been more appropriate than in the sport of boxing. Going into the Adrian Peterson vs. Le’Veon Bell boxing exhibition, we already knew who the better NFL running back was. But now we know who the better boxer is, or at least the one who lands a better punch.

Bell put an end to Peterson early in the fifth round of this lackluster fight, catching AP with a straight right to the chin. In all honesty, this was a boring fight. It was what most people likely expected from two retired football players stepping into the ring with the skill level of Nate Robinson.

Luckily for these guys, no one ended up like Robinson did against Jake Paul. But AP did wind up taking a seat from a Bell blow to the face. Peterson looked dazed when he stood up and staggered a bit prompting the referee to call the fight. Twitter wasted little time posting memes of children celebrating the Peterson knockout.

Spacious electric standing desk
Height Adjustable Electric Stand up Desk has 4 preset buttons to customize your desired heights from 28″ to 47.3″ ,at a speed of 1″/second,you can memory your height with 3 seconds pressing. With low noise(under 50 dB) while running.

Let’s be honest, Peterson had that coming. The real victim here is the future of retired NFL running backs. Last December, Frank Gore made his boxing debut and got dropped by a basketball player. That had to hurt Gore in more ways than one. Speaking of ex-pro hoopers, former Laker Nick “Swaggy P” Young got knocked through the ropes in his bout on the same card.

As for Bell and Peterson, there’s work to be done if they intend on continuing down this “boxing” path. This was definitely a fight people checked out because of curiosity. There wasn’t much action, and the technique of both guys had flaws. But that was to be expected going from one sport to another.

The only other action in this match besides the fifth-round KO is when AP tagged Bell with a strike, sending him to the…