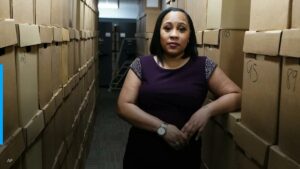 Fulton County District Attorney Fani Willis will not use her office to prosecute cases stemming from the Supreme Court’s decision to overturn Roe v. Wade, according to The Atlanta Journal-Constitution.

The Supreme Court overturned their 1973 ruling on Roe v. Wade on June 24, which made abortion legal, and states may now ban the practice. Georgia immediately moved to ban abortions in the state, but Willis said she would not use her office’s precious tax dollars on prosecuting the healthcare choices of women.

“It is my responsibility as the elected District Attorney to set priorities for the use my office’s resources,’ she said. “I will not be using precious tax dollars allocated to this office to pursue prosecutions based on women’s personal healthcare choices.”

Abortion is currently legal in Georgia. However, a state law passed in 2019 made abortion illegal after the sixth week of pregnancy and it is expected to soon be in effect. According to a poll conducted by The Atlanta Journal-Constitution this year, the majority of voters in Georgia were opposed to overturning Roe vs. Wade.

Willis is also investigating Donald Trump for election fraud in Georgia and was forced to provide her staff with bulletproof vests after Trump called her and her staff, “vicious, horrible people.” He also claimed Willis and her team were guilty of “prosecutorial misconduct at the highest level.”

The DA responded by saying she and Trump were not adversaries and she was going to do her duty as a prosecutor. “I’m not taking on a former president,” said Willis. “We’re not adversaries. I don’t know him personally. He does not know me personally. We should have no personal feelings about him.” She added that the former president’s title was of no consequence to her. “I have a duty to investigate. And in my mind, it’s not of much consequence what title they…