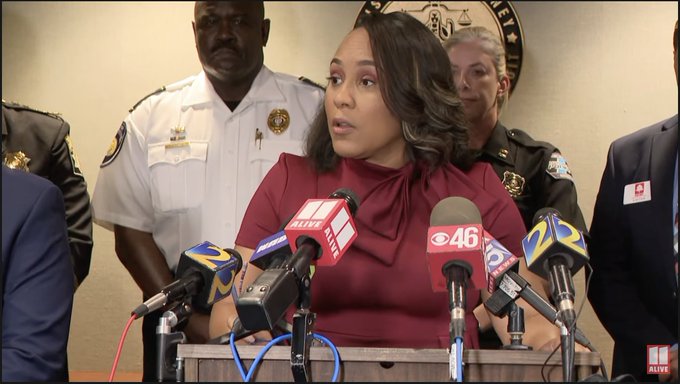 According to CBS46, the arrested are a part of Drug Rich Gang, a unit that is composed of members of Blood, Crips, and Gangster Disciples. The members are alleged to be responsible for 16 different violent incidents at the homes of celebrities and non-celebrities in Union City, Atlanta, and Sandy Springs.

The celebrities targeted in the ring include Mariah Carey, Falcon’s wide receiver Calvin Ridley, and Marlo Hampton of Real Housewives of Atlanta. Carey’s home was broken into earlier this month.

“As we know crime and criminals have no boundaries and they found their way into my country — Fulton County. I have a message today: If you thought Fulton was a good county to bring your crime to, to bring your violence to, you are wrong and you are going to suffer the consequences.”