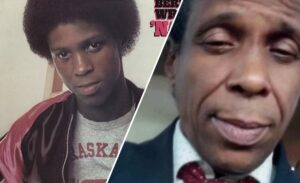 News of the tragic death was revealed in a statement by musician and member of their trio, The Jamaica Boys, William “Spaceman” Patterson on May 19. The cause of death was not disclosed.

“On behalf of the family of Bernard Wright (Nard), We are saddened to announce that yesterday Bernard has been called home to the Most High,” wrote Patterson.

“Many thanks for everyone’s support, encouragement, and prayers for Nard throughout the years. Please keep the family in your thoughts and prayers through this difficult time. Our hearts are heavy and our faith is strong. To be absent from the body is to be present with The Lord! LOVE! Rest In Power, Nard.”

A talented keyboardist and singer-songwriter, Wright was best known for his 1985 hit single Who Do You Love as well as various samples taken from his music and made popular to later generations. Wright was only 18 years old when releasing his debut album ‘Nard in 1981, where he played keyboards, synthesizer, piano, melodica, and vocals. It reached No. 7 on the U.S. top jazz album charts.

Born and raised in Jamaica, Queens, New York, on Nov. 16, 1963, the funk star’s music came to be frequently sampled in the 90s. Rappers including LL Cool J used Who Do You Love in a 1995 remix of his single Loungin’; Snoop Dogg used Haboglabotribin for his 1993 hit G’z and Hustlas; Yo-Yo and Ice Cube sampled Wright’s Master Rocker for their 1993 chart-topper The Bonnie and Clyde Theme; and Skee-Lo’s No. 1 single I Wish was made possible by the funk musician’s Spinnin‘.

Through his career, Wright was also featured on other musicians’ iconic hits, including the likes of Miles Davis, Bobby Brown, Cameo, Marcus Miller, Charles Earland, Doug E. Fresh, and Miami Mike Devine Pennington, among others.

Last night, my godson and former musical director, Bernard Wright, passed away suddenly. I loved Bernard very much and believed deeply in his…