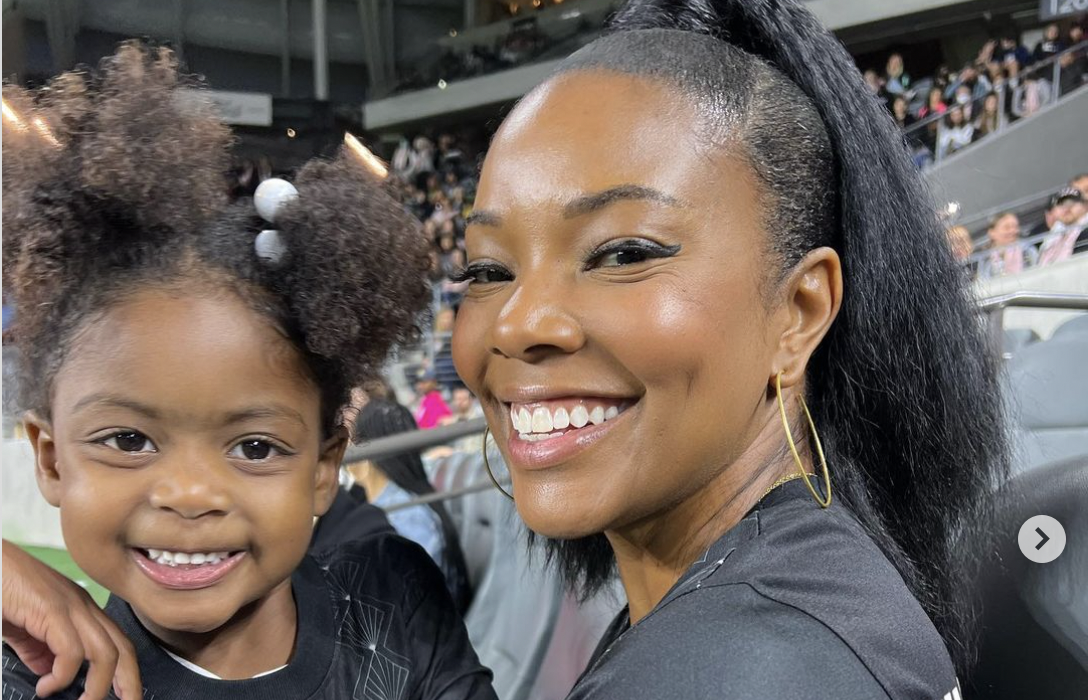 Gabrielle Union Reveals How She Learned Her Daughter, Kaavia James, Has ‘Been Trolling’ Her, Fans React

After stunning viewers with her precise vocabulary, Kaavia James Wade has proven she’s one fantastic kid. Even so, internet fans crowned the daughter of Gabrielle Union and Dwyane Wade as “shady baby” for unbothered facial expressions and side-eye looks. But according to mom she’s “been trolling” for awhile.

On Sunday, May 22, Union shared photos of the mother-daughter duo smiling at a recent Angel City FC Soccer game in Los Angeles, California. In the caption, she specifically explained how she learned her daughter has been trolling her.

Gabrielle Union and her daughter Kaavia James were spotted at the Angel City FC soccer game this weekend. (Photo: @gabunion/Instagram.)

“When @kaaviajames started smiling like this, it came outta the blue and none of us could figure out why she was doing it. Now I get it. She’s been trolling meeeeeeee,” said Union. “Swipe to see how Kaav thinks I smile. It really be your own kids! #ShadyBaby.”

The second photo was an image of Jim Carrey as Fire Marshall Bill on the sketch comedy show, “In Living Color.” On the hit ’90s series, Carrey’s character was widely remembered for his signature line, “Let me show you something.”

As Union’s post began circulating online, fans were hollering after noticing how much Kaavia resembled Fire Marshall Bill in the photos. Many brought up her internet nickname and pointed out her other personality traits.

“Don’t be trying our cyber niece with Fire Marshal. Lmaoooo.”

“Hahahhahahaha I am DYING! Stop.”

“I’m hollering. Kaavia is so observant.”

Kaavia’s adorable grin also could be attributed to her role as one of the youngest sports club owners. The mother-daughter duo are part-owners of the Angel City FC professional women’s soccer team. Angel City was announced in 2020, as part of the National Women’s Soccer League expansion team. The ownership group also includes singer Christina…