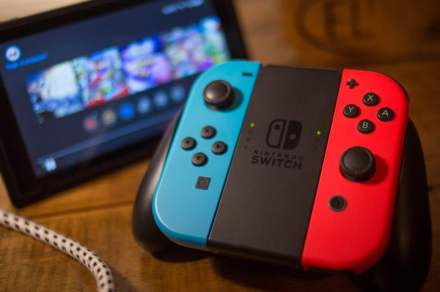 GameStop Nintendo Switch — summer is the perfect time to own

In 2017, Nintendo took the gaming world by storm with its new console: The Switch. Aptly named, this handheld/console hybrid sold like hotcakes, and in the years since its release, that popularity hasn’t waned a bit. We (and millions of people around the world) love the Nintendo Switch for its great game library and portability, which makes it perhaps the best console for those looking to get their game on this summer. If you haven’t yet jumped on the Switch train, there’s never been a better time to buy.

Between the newer OLED model, and some of the themed bundles that have been made available, there are quite a few Nintendo Switch variants to choose from, and GameStop has a few of them on sale. We’ve scooped up some of the best Switch deals:

As you probably know already, the Nintendo Switch is a hybrid gaming system that combines the elements of both a traditional TV-connected console and a handheld gaming device. After decades of offering separate consoles and handhelds, Nintendo combined the two into one device, and the gambit paid off: The Switch has seen massive success, and it’s the perfect fit for the modern world of mobile technology.

It’s easy to see why the Switch is such a good gaming system for summer, too. Sometimes, you want to stay inside and bask in the coolness of your air conditioning while you chill on the couch with some video games. The Switch can do that when it’s docked and hooked up to your TV. On the other hand, you’re probably out and about more during the summer than you are during colder seasons, especially with vacations and other summer trips taking up more of your time. The Switch can go along with you on all of those adventures, as the…