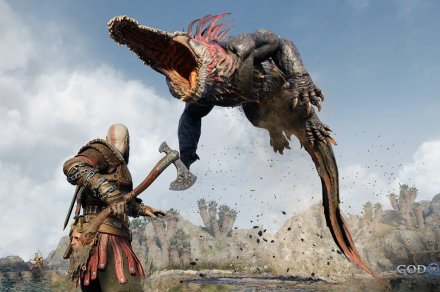 God of War Ragnarok is reportedly releasing in November

While it was a no-show at yesterday’s Summer Game Fest, Sony Santa Monica’s God of War Ragnarok is reportedly being targeted for a November 2022 release.

According to a report from Bloomberg, PlayStation is expected to announce the precise release date later this month. Despite some outlets reporting that God of War Ragnarok was going to be delayed to 2023, three sources that were familiar with the game’s development say that it is still on track to release this year.

However, game development is often turbulent and plans can always change. While a November release could be the case internally right now, there’s always the chance for a last-minute delay.

Despite widespread rumors, Sony&#39;s God of War Ragnarok was not delayed to 2023, according to people familiar with the project. Video game development is turbulent and the game could very well slip again, but as of this week, it&#39;s planned for November https://t.co/q0ppGquJng

The game was rated in South Korea late last month, indicating that it could be getting an official release date soon. But God of War Ragnarok was noticeably absent from yesterday’s Summer Game Fest showcase. However, PlayStation did officially announce The Last of Us Part I, and it’s coming to PlayStation 5 on September 2 and later to PC.

Last month, director Cory Barlog released a video saying that he wanted to share footage of the game, but he wasn’t quite ready yet. The last official update about it was last month when the PlayStation Blog covered the game’s accessibility features.

With Horizon Forbidden West having been released earlier this year, and The Last of Us Part I coming in September, God of War Ragnarok could potentially close out a blockbuster year for PlayStation in November.