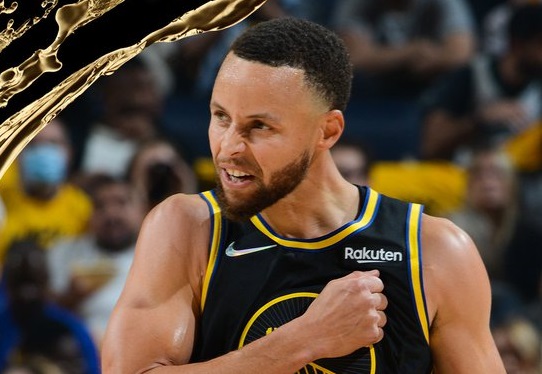 The Golden State Warriors are heading back to the NBA Finals. The Warriors finished off the Dallas Mavericks in game 5 120-110 to win the series 4-1. Steph Curry was named the inaugural winner of the Magic Johnson Western Conference finals MVP trophy.

The league introduced new trophies for the MVP of both the Eastern and Western Conference finals; the East’s trophy is named after Larry Bird.

“The new trophy is pretty cool,” said Curry, a unanimous selection of nine media members. “Especially with who it’s named after, the standard that Magic set in terms of being a champion and playing the point guard position, whatever other position he played. Just the excellence that he demonstrated throughout his entire career.”

Curry averaged  23.8 points, 7.4 assists, 6.6 rebounds, and 43.9% shooting from 3-point range in the series. In eight years, this will be Curry and the Warriors’ sixth trip to the NBA Finals. Since the Chicago Bulls, no team has had that kind of run at the Finals, the 90s Chicago Bulls. Curry will head into the Finals to secure his first-ever NBA Finals MVP award.