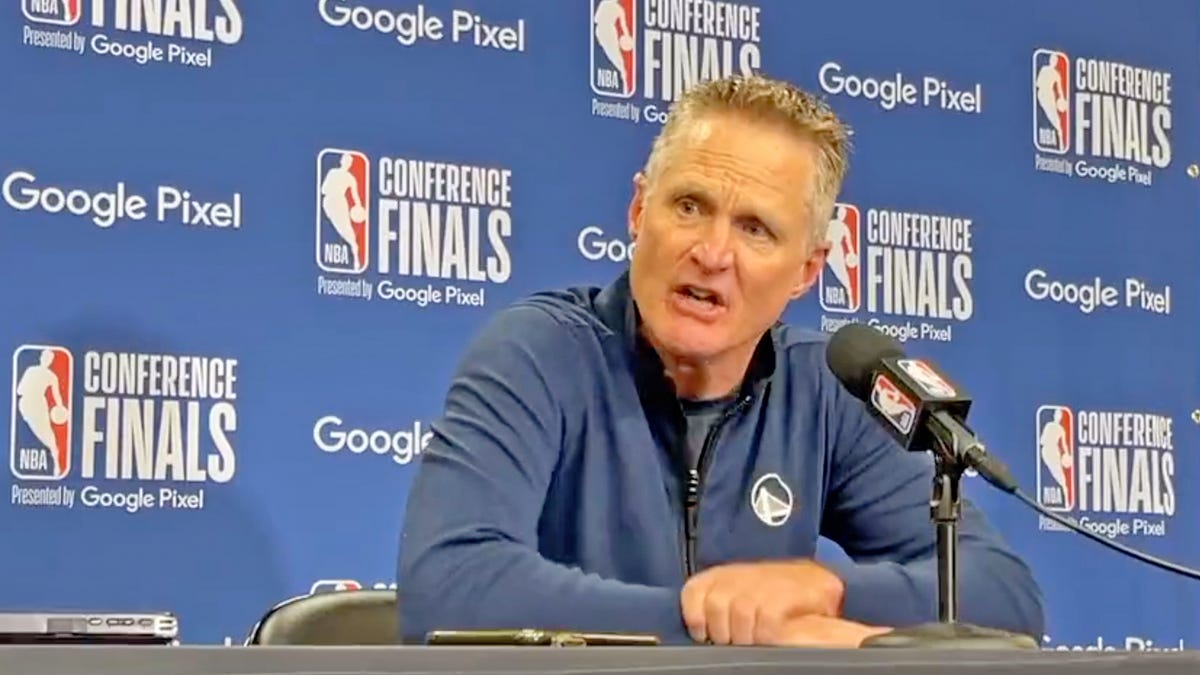 Two hours before his Golden State Warriors took the court in Game 4 of the NBA’s Western Conference Finals, Steve Kerr refused to answer basketball questions. The only thing on the Warriors head coach’s mind was the lives lost in a senseless mass shooting in Uvalde, Texas hours prior, 355 miles from where Kerr sat in outrage from an American Airlines Center podium.

The shooting at Robb Elementary School claimed 21 lives as of Tuesday evening, including 19 children.

“When are we going to do something!? I’m so tired of being up here and offering condolences to devastated families that are out there. I’m tired of the moments of silence. Enough!” said Kerr, visibly shaken and frustrated.

Kerr mentions H.R.8, the Bipartisan Background Checks Act of 2021, which all 50 Republican members of the U.S. Senate have refused to hold a vote on.

“There’s a reason they won’t vote on it, to hold onto power,” Kerr said. “So I ask you, Mitch McConnell, I ask all of you senators who refuse to do anything about the violence, school shootings and supermarket shootings, I ask you — are you going to put your own desire for power ahead of the lives of our children? Of our elderly and our church-goers? Because that’s what it looks like. It’s what we do every week”

Kerr has felt personal tragedy due to gun violence. In 1984, his father, Malcolm Kerr, was assassinated while serving as the president of American University of Beirut. The Islamic Jihad Organization took responsibility for the attack.Throughout his coaching career, Kerr has been outspoken about stopping gun violence. Uvalde is about halfway between the Mexican border and San Antonio.

“I’m fed up, I’ve had enough. We’re going to play the game tonight. But I want every person here, every person listening to this, to think about your own child, or grandchild, mother, father, sister, brother, how would you feel if this happened to you today?” Kerr said. “We can’t get numb to this. We…