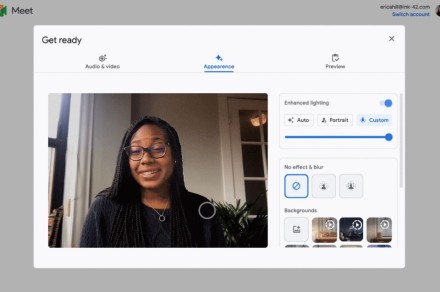 Google has confirmed that it will be combining two of its major communications services later this year, Google Duo and Meet. More specifically, the more personal video chat system, Duo will meld into the more professional video system Meet and they will be branded under a single name, Google Meet.

Google announced the upcoming changes on its Google Workspace blog on Wednesday, detailing that Google Duo end users don’t need to take any action as long as they have the latest version of the app installed.

Today in Only Google™ news:

? All of the features from Google Meet are getting added into Google Duo

? The Google Duo app will then get renamed to Google Meet later this year

? Except on the web, where the existing Meet app will remain in place…

The transition is expected to begin in the coming weeks with Google Meet features being added to the Google Duo app. Once complete, the Duo app will be renamed Google Meet, with the app including features from both communications systems, Google added.

9to5Google noted that some of the first Google Meet features coming to Google Duo include:

Google has been experimenting with its communication platforms for some time. Its merging of Duo and Meet appears to be an effort to make the services more efficient for users. Even so, Google Meet for the web will remain in its current iteration.

“What’s been really important is understanding how people make the choice as to what tool they’re going to use, for what purpose, in what circumstance,” head of Google Workspace Javier Soltero told The Verge.

In the past the brand has attempted in introduce different communication services for different purposes, only to see users favor some over others. We’ve seen a similar fate with services, such as the…