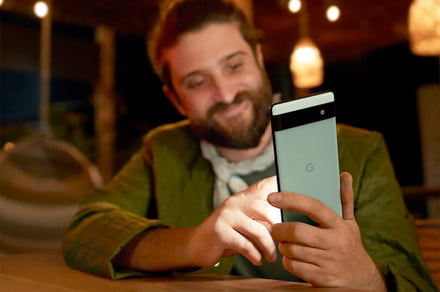 After months of speculation, leaks, and rumors, the Google Pixel 6A was finally officially revealed at Google I/O 2022 and it seems to include an updated fingerprint scanner. The issues with the scanners featured in the Pixel 6 and 6 Pro have left a lot of fans cold on Google’s sensor technology, but the company might be able to turn things around with the 6A.

It’s worth noting that the updated fingerprint sensor wasn’t mentioned during the Pixel 6A’s reveal during the Google I/O keynote earlier this week. Instead, the information on the new part was shared with Android Central by Google’s senior vice president of devices and services Rick Osterloh on the day of the presentation.

Currently, there isn’t a lot of concrete information about the updated scanner other than that the 6A will have it. Although fans are hoping for a major upgrade from the Pixel 6 and 6 Pro’s sensors, there isn’t anything just yet saying that the new piece’s performance will be any better.

That’s not to say that prospective Pixel 6A buyers should give up on the fingerprint scanner, however, because the simple fact that Google is switching the piece suggests that it’s heard the feedback from its userbase and is looking to improve the experience. The company has been updating and incrementally improving the scanners in the 6 and 6 Pro ever since they launched last year, but the in-display sensors still leave a lot to be desired.

Some have begun speculating that the new sensor in the 6A will be the one featured in other upcoming Google hardware launches. It could be a sign that the company is looking to test the waters for its newest hardware on a device that will have a smaller launch before diving in headfirst with the tech on a flagship device.

Despite the general lack of in-depth information on the new sensor, it seems like the announcement could be a good sign for Pixel owners. Either way, we’ll get our answer soon as the Pixel 6A launches on July 28. After that, fans will be able to see for themselves if the new tech improves anything.