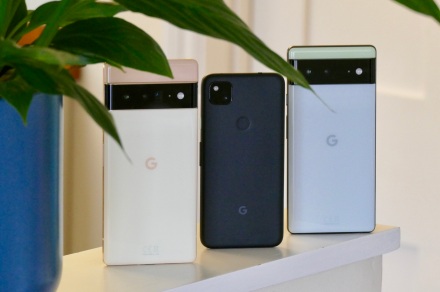 Google’s next Pixel could be perfect for small phone fans

Google is said to be building a new small-sized Pixel, according to a new report. After the Pixel 7 and the Pixel 7 Pro launch, the company’s next moonshot is into the small phone market recently vacated by Apple. There it is expected to put flagship components like high-resolution cameras and a Tensor chip into a smaller body than the currently massive ones Google sells.

The new report comes from prolific tipster Digital Chat Station over at Weibo. There are few specifics other than the code name “neila” and that it’ll share the same design as the recent Pixels both on the front and the rear.

Small phones are a curious beast. Despite a surge in demand for them you can see on certain online circles, they rarely do as well commercially as their larger counterparts when put into the market. This is often because of a cavalcade of factors, including the size of the chassis, limiting the battery size that can be used, missing camera components due again to physical size, and a smaller screen that makes it less useful for media consumption. Of course, small phones are more comfortable to hold — and if you don’t consume media on your phone much, that may well clinch it for you.

It isn’t clear if Google is to drop its Pixel to below 6 inches, as we can see on the Zenfone 9, or whether it plans to reduce the size of the Pixel to the 6.1-inch standard the iPhone 14 and Samsung Galaxy S22 sport. Either would be much smaller than the “Pro” Pixel and allow a decent enough variation in size. Google once sold its Pixels in both regular and XL sizes. A  truly small Pixel would be a return to form.

As an aside, one of Google’s best Pixels to date was a small phone. If the company can recapture the lightning in the bottle that made the Pixel 5 special, then it might be able to carve out a sustainable niche somewhere for its mobile ambitions.