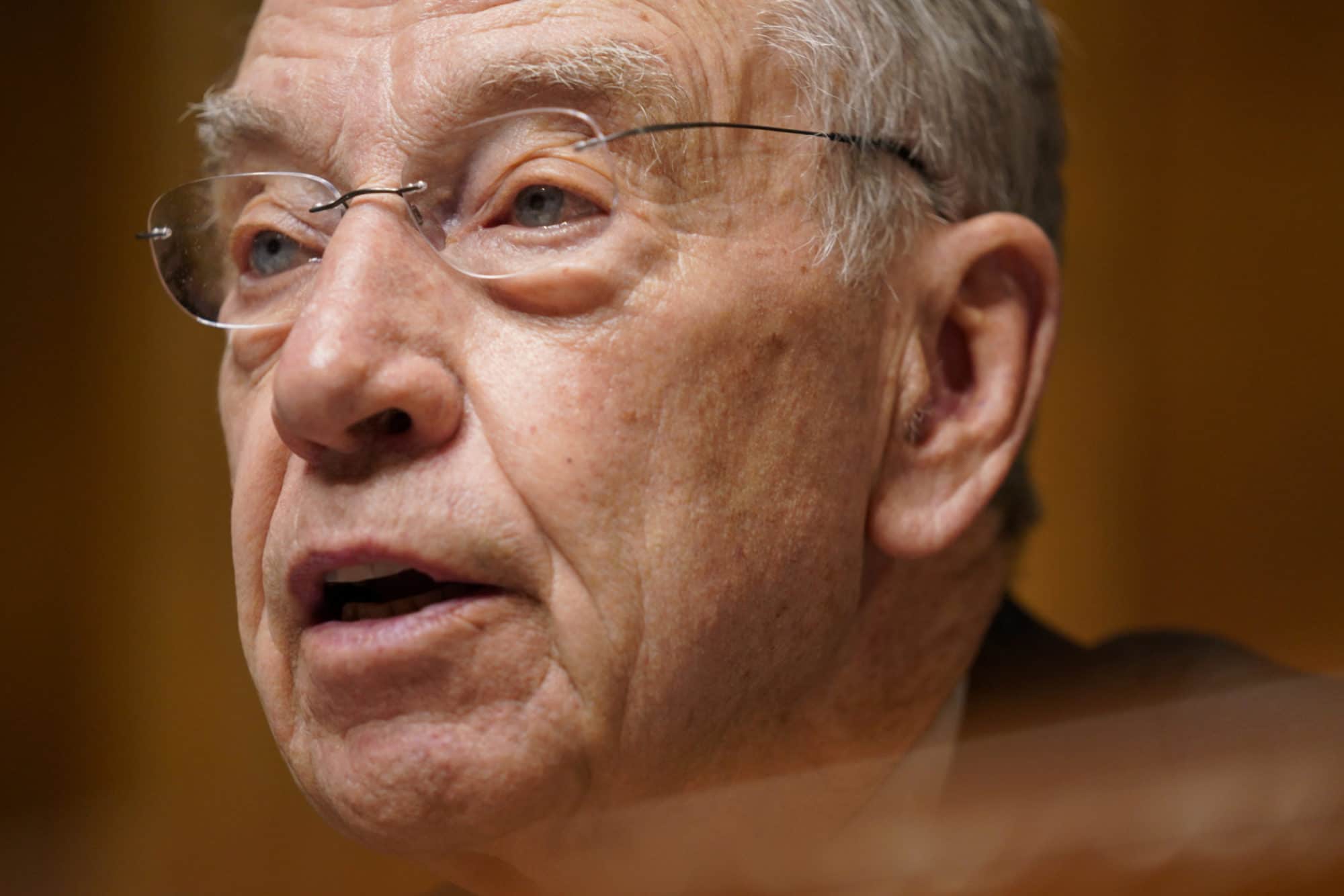 GOP Sen. Chuck Grassley Polling Below 50% For The First Time Since 1980

Sen. Chuck Grassley (R-IA) is polling at his lowest levels since 1980, as Democrats could have a chance to flip a red Senate seat in Iowa.

Grassley leads 47% to 39% against Franken, a retired U.S. Navy admiral, in the latest poll, conducted July 10-13 by Selzer & Co. Another 7% of likely voters say they would vote for someone else, 2% say they would not vote and 5% say they are not sure.

While Grassley leads Franken, the margin is narrower than in any Iowa Poll matchup involving Grassley since he was first elected to the U.S. Senate. Grassley has not polled below 50% in a head-to-head contest since October 1980, before he went on to defeat incumbent Democratic U.S. Sen. John Culver.

There are other warning signs for Grassley.  His job approval has been under 50% since March 2021. He is registering his highest disapproval numbers ever at 44%, and among likely voters, his job disapproval rating is three points higher than his approval rating.

Grassley has been one of the most durable and consistently popular back home Senators in the Senate. Grassley won his last reelection campaign by 24 points, so for his lead to be only 8 points against a relatively unknown Democrat qualifies as shocking.

The reason for Grassley’s poor numbers is that voters want someone new in the seat. A 2021 Des Moines Register poll found that 64% of respondents wanted Grassley gone, as they desired to have someone new in office.

Iowa has gone increasingly red since Barack Obama last won the state as a presidential candidate, but Grassley’s struggles disprove the notion of a red wave and could be a problem as Republicans already face sinking candidates trying to keep open seats in GOP hands around the country.