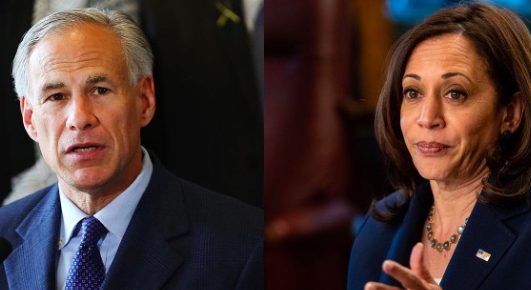 According to ABC News, Texas Governor Greg Abbott sent a bus of 50 migrants to Kamala Harris’ home today. This comes only two days after the republican governor sent two buses to her Naval Observatory home. The migrants were mainly from Venezuela, and there was a newborn among the group. Governor Abbott previously announced on Twitter that he sent two buses of migrants to the VP’s residence on Thursday. He tweeted, “We’re sending migrants to her backyard to call on the Biden Administration to do its job & secure the border.”

Governor Abbott and other Republican leaders from border states have been sending migrants to Democratic-led cities for months. Reports state the leaders are calling it a protest of President Joe Biden’s immigration policies amid an influx of migrants at the southern border. Florida Governor Ron DeSantis dropped off approximately 100 migrants outside VP Harris’ Washington D.C. home and on Martha’s Vineyard.

Unfortunately, some Democratic leaders say they didn’t receive any prior warning that migrants would be arriving. Massachusetts Governor Charlie Baker said the state has since offered voluntary transportation of the migrants off Martha’s Vineyard to a temporary shelter at Joint Base Cape Cod. One Venezuelan immigrant, Victor, spoke out to ABC News reporter Armando Garcia about his experience.

Victor explained that he was there when someone asked migrants to sign their names on a list to get a seat on the plane. He advised that he did not sign up because the offer sounded too suspicious and did not align with his plans to get to New York City eventually. Victor told the reporter he felt the other migrants were duped into taking those flights and understood why they took the risk. “It’s complicated because they tell you you’ll have everything you want, but when they arrived, people were basically lost,” he said.

VP Harris hasn’t addressed the migrants at her home, but President Joe Biden has criticized the migrant drop-offs as “simply wrong.” He stated, “It’s un-American, it’s…