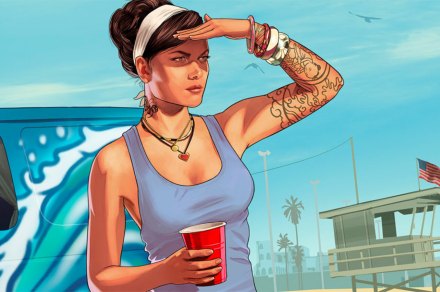 The highly anticipated Grand Theft Auto 6 will reportedly include a Latina protagonist who will be one of two leading characters in the upcoming game. If accurate, this will mark the first entry with a playable woman as the lead role. The decision coincides with Rockstar’s internal push to improve workplace practices and culture, with less required overtime and improvements to the company’s gender gap.

This comes by way of a Bloomberg report, citing people familiar with the game’s development. The outlet spoke with over 20 current and former Rockstar employees, who mostly consider the company’s recent changes to be positive, leading to an improvement in morale, overall.

According to the report, the GTA 6 protagonists will be influenced by Bonnie and Clyde. It’s possible you’ll be able to swap between both of them on the fly, just as you could in GTA V, though it’s unclear how this will work when the game finally launches.

By all accounts, Rockstar (and GTA 6) are aiming to be much different than before. The company, which was once known for poking fun at everyone, including marginalized groups, is being more conscious of what kind of content its games will include. For instance, the company apparently scrapped plans to include a Cops ‘n’ Crooks mode in GTA Online after a police officer murdered George Floyd in the summer of 2020.

Likewise, Rockstar has also reportedly improved its gender pay gap, with more of a focus on equality, and general workplace health — both physically and mentally. Since Rockstar has improved workplace practices, employees have had healthier work schedules, with less crunch, which has extended the development time for GTA 6.

Some Rockstar employees don’t expect GTA 6 to be released until 2024 at the earliest, though the company has yet to reveal a firm release date.