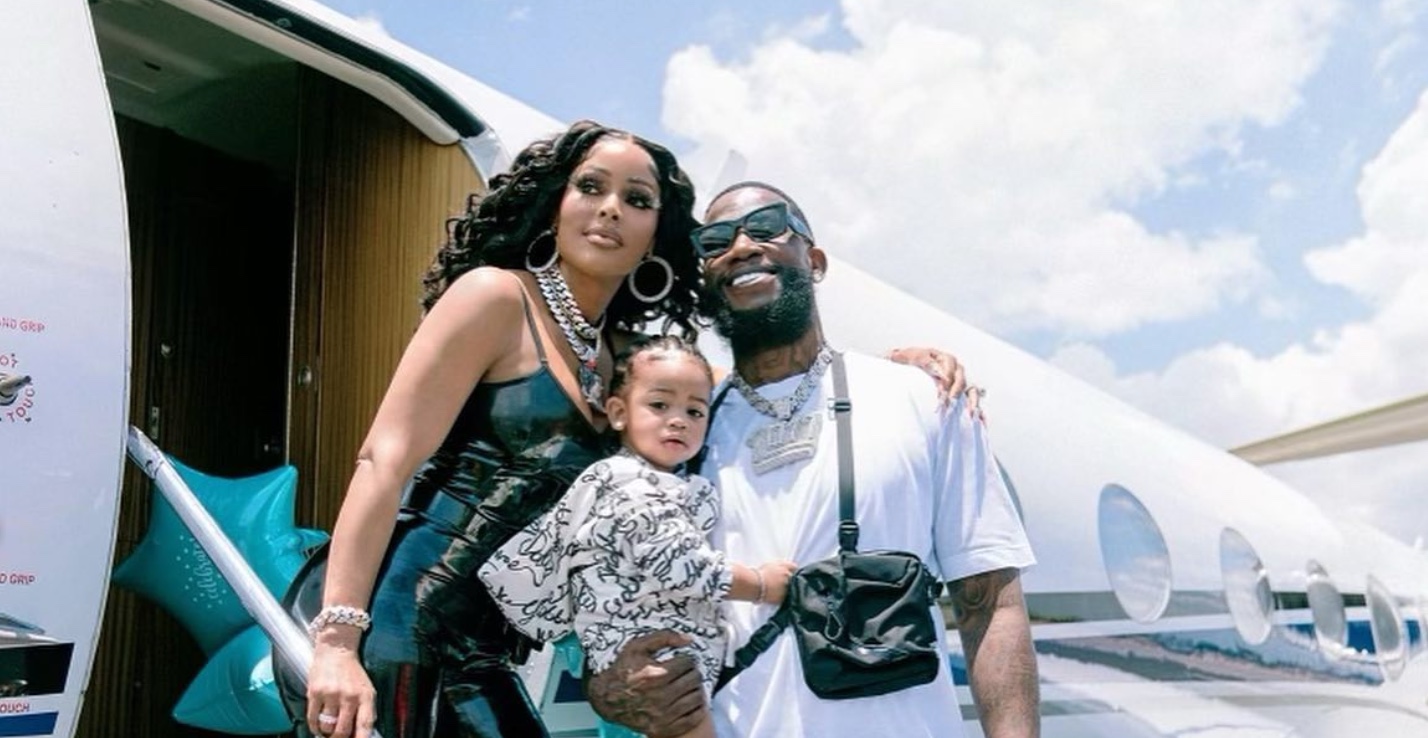 Beenie Man claimed the stage at the KA’OIR CARES event in celebration of American rapper Gucci Mane and his wife Keyshia Ka’Oir fifth anniversary. The legendary ‘Doctor’ performed his older singles including, “Old Dog” and “Dude” while Gucci Mane’s Kingston native wife was clearly having a lot of fun singing and dancing.

When addressing the crowd, Keyshia thanked Beenie Man for attending the event and expressed her happiness in returning to her neighbourhood with gifts for the children. With Beenie Man’s assistance, Keyshia passed out bagged goodies to the audience.

The videos of the party were shared online, following videos and pictures of the couple arriving in Jamaica with their 2-year-old son, Ice Davis, who was also on the stage with his mom and dad during the event.

A short video shows the trio backstage with Beenie Man as he is once again thanked for being there.

Gucci Mane, whose real name is Radric Delantic Davis, and Keyshia , who was having family time at the beach in Jamaica, arrived on the island in a Gulfstream private jet. The couple who met in 2010 during Gucci Mane’s “911 Emergency” music video shooting, got married in 2017 and decided to take a holiday trip to Jamaica for their fifth anniversary.

In one of the pictures shared online, Gucci Mane wrote that he has “the best wife in the world” while he indicated the problems he had with the law which they overcame. The post also showed fans a glance at the jet’s luxurious inside while he and his wife had a drink.

“We went from kissing in a jail to kissing on a jet I got the best wife in the world it’s our 5 year anniversary I love you MrsDavis and I’m so grateful and proud to call you my wife. I’ll always appreciate you and never forget how you stayed in my corner when things were bad. We the perfect team and thanks for keeping me inspired and motivated. Luv you 4L @keyshiakaoir,” he wrote ending the post with a heart emoji.

RELATED: Gucci Mane Gets GRILLS worth $250

RELATED: Beenie Man Wishes The Mothers Of His Children A…