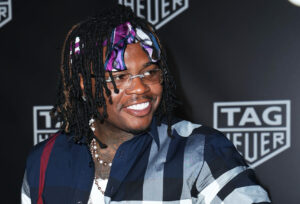 During Gunna’s virtual bond hearing on Thursday, the judge decided to deny the rapper bond and ruled he would have to continue his stay in jail until the official trial date, set to January 2023. In addition to the ruling, prosecutors submitted that Gunna, real name Sergio Kitchens, was responsible for another incident in May, having to do with a nurse smuggling in drugs for him.

According to WSBTV, a nurse allegedly was caught trying to sneak in a bag-full of marijuana and cocaine before running away when a deputy confronted her and she dropped the drugs. Twenty-four-year-old TreQuera Lashell Ford reportedly carried 6.8 ounces of marijuana, 20 grams of suspected crack cocaine, 200 cigarettes and loose tobacco.

Prosecutors are saying a nurse attempted to smuggle cocaine and weed into jail for Gunna ????pic.twitter.com/97q6kYzF2z

The nurse was just trying to take care of Gunna pic.twitter.com/nwsXJbQPkd

Prosecution wasted no time accusing the Drip or Drown rapper of his involvement, claiming that part of the package was meant for him.

Gunna’s defense team quickly shut down the claims, however, to no avail.

“None of the allegations made today, these so-called ‘new’ allegations, are accurate,” said his attorney Steve Sadow. “All [his parents are] looking for is their son to get a fair shake, and they don’t think that’s happening so far,” he shared after explaining the rapper’s parent’s reaction to the outcome of his request for bond.

During the trial, the judge said he feared Kitchens may intimidate witnesses before the trial if bond was granted to him. He has also been accused of being a ringleader…