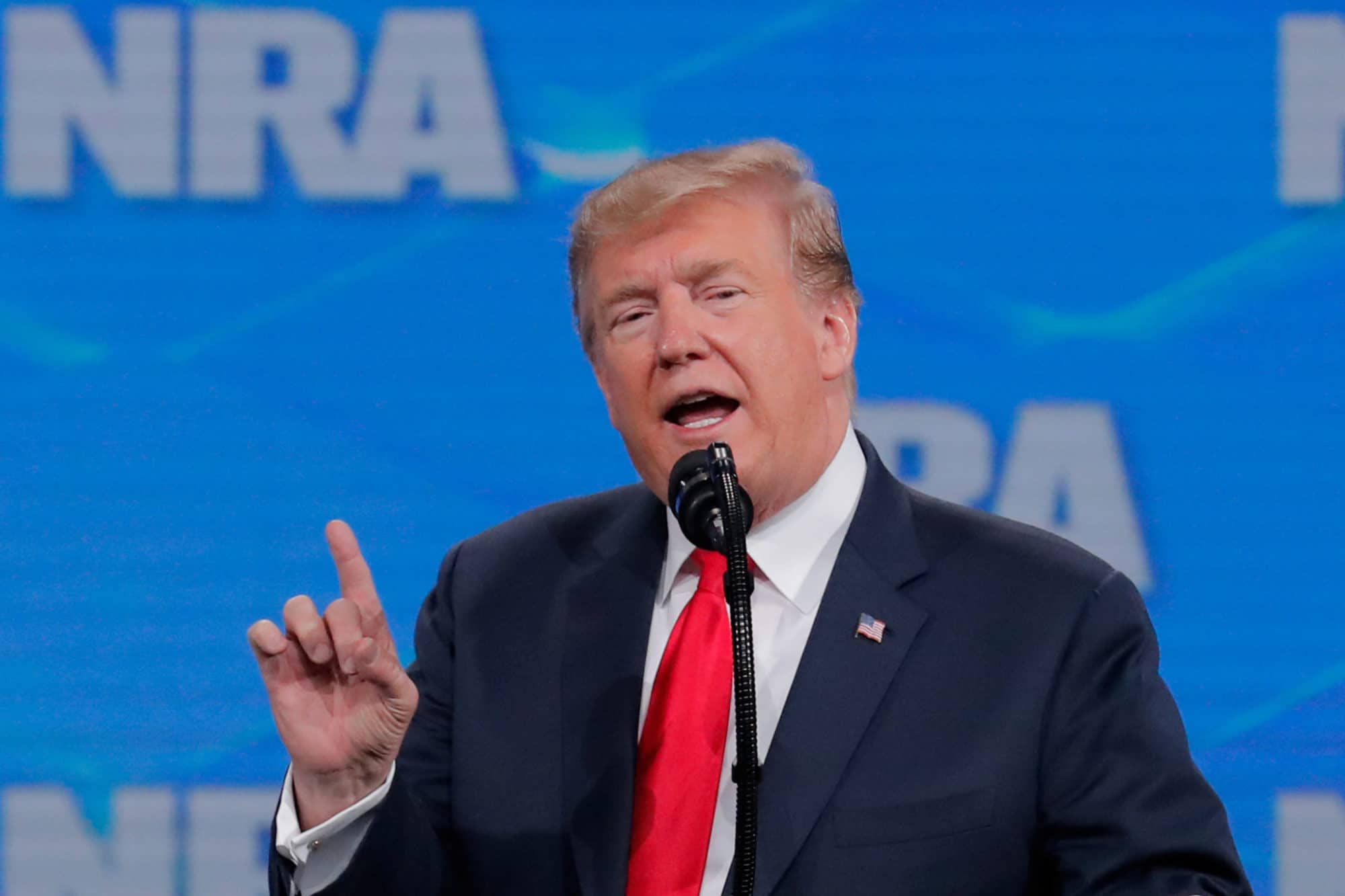 Guns Are Banned At Trump’s NRA Speech On Friday

The Secret Service banned guns during Donald Trump’s speech at the NRA annual meeting on Friday.

According to the NRA, the Secret Service is taking control of the hall during Trump’s speech and is prohibiting attendees from having firearms, firearms accessories and knives. Ammunition, laser pointers, pepper spray, toy guns, backpacks and other items also won’t be allowed.

The Secret Service will search attendees with magnetometers before they enter the hall, the NRA said.

Just days after the worst mass school shooting in the United States in nearly a decade, Republicans like Trump will gather in Texas to kiss the ring of the weapons manufacturer lobby.

As PoliticusUSA’s Sarah Jones noted, “GUNS ARE BANNED during Trump’s speech, because the Secret Service knows what we all know, and that is that guns are dangerous.”

Elected Republicans in the state legislature moved quickly when it came to taking away the rights of women, but they are dragging their feet when it comes to doing anything about gun violence.

Republicans don’t want to act after innocent children are murdered, but they will immediately tolerate guns being banned if Donald Trump is in the building.