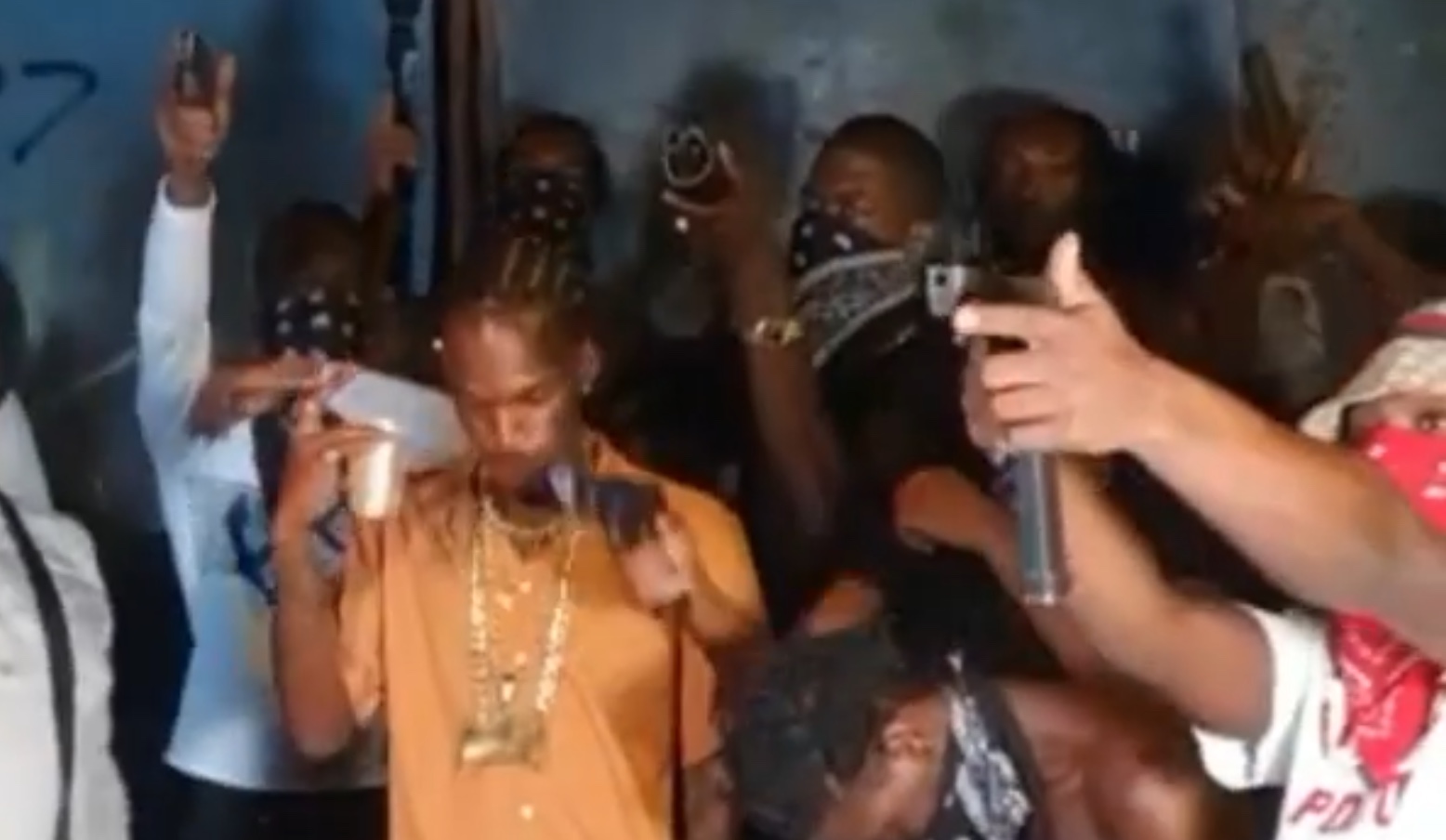 Incarcerated deejay Tommy Lee Sparta has once again shared a sneak peek of his second collaboration with Skeng. This collaboration serves as a sequel to their hit song Protocol, which has garnered more than 39 million views on YouTube.

Tommy Lee previously revealed that part two of the song was in the making via Instagram, where he has returned with another clip. The video, a glimpse into the music video’s production, shows Skeng standing amid a group of armed men, who flash their guns in the camera while Tommy Lee deejays in the background.

Meanwhile, Tommy Lee inquired if the fans were ready for the song’s release in the caption. “Protocol in action wah unno say ready? fi run wanted fi dem,” he wrote.

Protocol, the infectious first single, was dubbed as the “baddest song to come out in years” by the Queen of Rap, Nicki Minaj, and since the announcement of a follow-up song, fans have been highly anticipating the grimy track. Fans have since reacted to the video with dozens of fire emojis, urging for the song to be released and chanting “Ratty Spartan,” a combination of Skeng and Tommy Lee’s camp.

Watch the video of Protocol’s video shoot below.