BREAKING NEWS
GMT-4 09:56
Home Technology Hackers may be hiding in plain sight on your favorite website 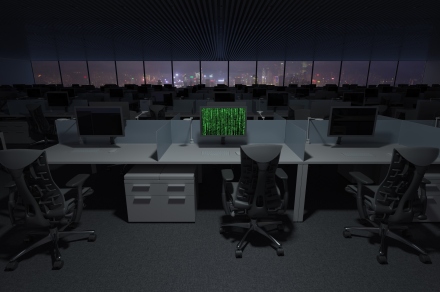 Hackers may be hiding in plain sight on your favorite website

Security researchers have detailed how domain shadowing is becoming increasingly popular for cybercriminals.

As reported by Bleeping Computer, analysts from Palo Alto Networks (Unit 42) revealed how they came across over 12,000 such incidents over just a three-month period (April to June, 2022).

An offshoot of DNS hijacking, domain shadowing provides the ability to create malicious subdomains by infiltrating legitimate domains. As such, shadowed domains won’t have any impact on the parent domain, which naturally makes them difficult to detect.

Cybercriminals can subsequently use these subdomains to their advantage for various purposes, including phishing, malware distribution, and command and control (C2) operations.

“We conclude from these results that domain shadowing is an active threat to the enterprise, and it is hard to detect without leveraging automated machine learning algorithms that can analyze large amounts of DNS logs,” Unit 42 stated.

Once access has been obtained by threat actors, they could opt to breach the main domain itself and its owners, as well as target users from that website. However, they’ve had success by luring in individuals via the subdomains instead, in addition to the fact that the attackers remain undetected for much longer by relying on this method.

Due to the subtle nature of domain shadowing, Unit 42 mentioned how detecting actual incidents and compromised domains is difficult.

In fact, the VirusTotal platform identified just 200 malicious domains out of the 12,197 domains mentioned in the report. The majority of these cases are connected to an individual phishing campaign that uses a network of 649 shadowed domains via 16 compromised websites.

When the subdomain is visited by a user, credentials are requested for a Microsoft account. Even though the URL itself isn’t from an official source, internet security tools aren’t capable of…