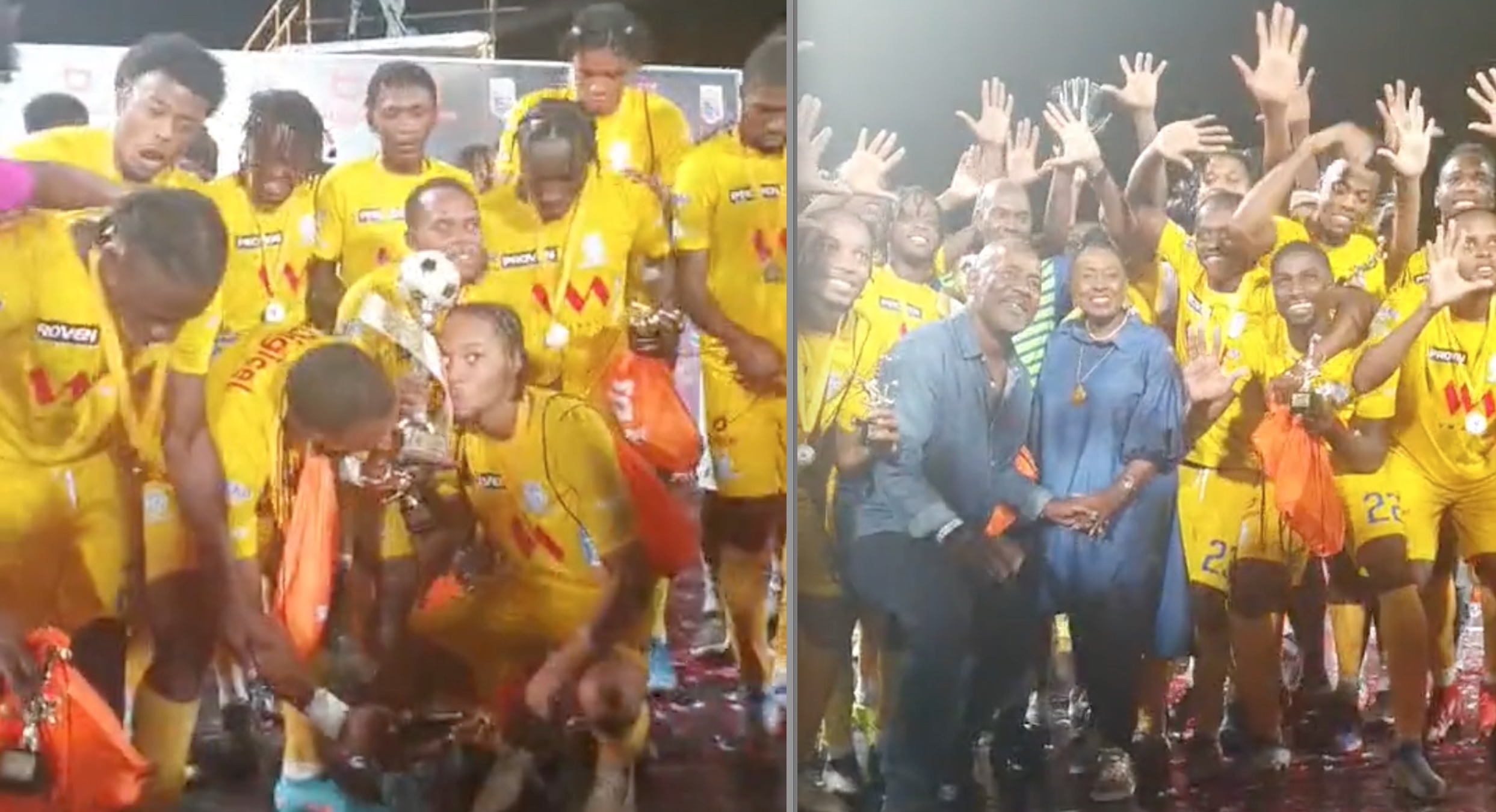 This evening Dunbeholden FC and Harbour View FC came face-to-face for the third time this season, battling it out in the finals of the Jamaica Premier League (JPL) at Sabina Park. With the title of 2022 Premier League Champions and a $2.5 million first place prize up for grabs, much was at stake for the two teams.

Harbour view entered the finals having previously won four JPL titles, 2013, 2010, 2007 and 2000, this however was Dunbeholden’s first time winning a spot at the finals.

After an overcast day, Harbour View and Dunbeholden had to navigate slippery conditions and consistent rainfall for much of the game. It was up to the players to use the surface and allow the ball to flow to their advantage. Harbour View opened strong and caught Dunbeholden off guard with a goal from Center-Forward Colorado Murray just a few into the game.

Dunbeholden was unable to level the playing field in the first half of the final, with Attacker Kimonie Bailey fighting hard but unable to execute the two great opportunities presented to him, both shots going wide. But they came back strong in the second half, Atapharoy Bygrave delivering a great assist, his first for the season, to Midfielder Demario Phillips who scored, tieing the game.

With both teams still tied after 90, the game went into extra time and it was soon after that Dunbeholden lost Center-Forward Peter McGregor to injury. It appeared minor at first but McGregor had to be carried off the field as he was still in pain. Harbour View’s Left Midfielder Cassean Priestly also had to be carried off the pitch. He and teammate Jahshaun Anglin have been sick this past week, both experiencing flu-like symptoms. But the players came out and supported their team as long as they possibly could, even though the weather was horrid.

After thirty minutes of extra time and a five-penalty shoot-out, the game was taken into sudden death penalties and the pressure was on for Goalkeepers Damion Hyatt from Dunbeholden and Harbour View’s Amal knight, who replaced Anthony Smith during extra time. Hyatt however was not able to prevent Center-Back Ajeanie Talbot’s goal and…