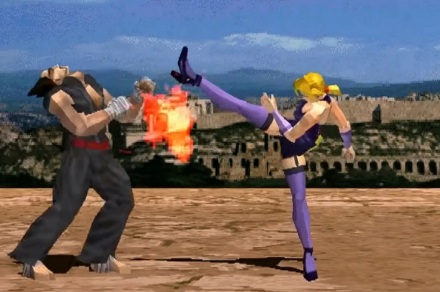 Posted By: adminon: May 23, 2022In: TechnologyNo Comments
Print Email

Some of Sony’s upcoming PlayStation 1 and PSP titles started appearing on the Asian PlayStation Store. Currently, games like Ape Escape, Mr. Driller, and Tekken 2 are exclusively available on the Hong Kong digital marketplace. While none of these are up for grabs on the Western PlayStation Store, we do have something to go off of on how much they may cost when they do become purchasable.

PS1 and PSP games are starting to appear on PlayStation Store in Asia.

Of the retro games currently released, the prices run from HK$38 to HK$78. A quick monetary conversion shows that when the titles are brought over to the U.S. PlayStation Store they’ll most likely run from $5 to $10. There’s currently no indication of what dictates the variation in the cost of each game.

The games that are currently available on the Hong Kong PlayStation store include:

As revealed a bit early than expected, PlayStation is also bringing its trophy system to these classic titles. Of the games in this list, Ape Escape, Hot Shots Golf, Intelligent Qube, Syphon Filter, and Wild Arms all have had their trophy lists released.

PlayStation owners can also get their hands on some of these games of the past with the new PlayStation Plus model. This new model is very similar to Xbox Game Pass, allowing subscribers to access a large library of both old and new games via PlayStation 4 and 5 consoles.