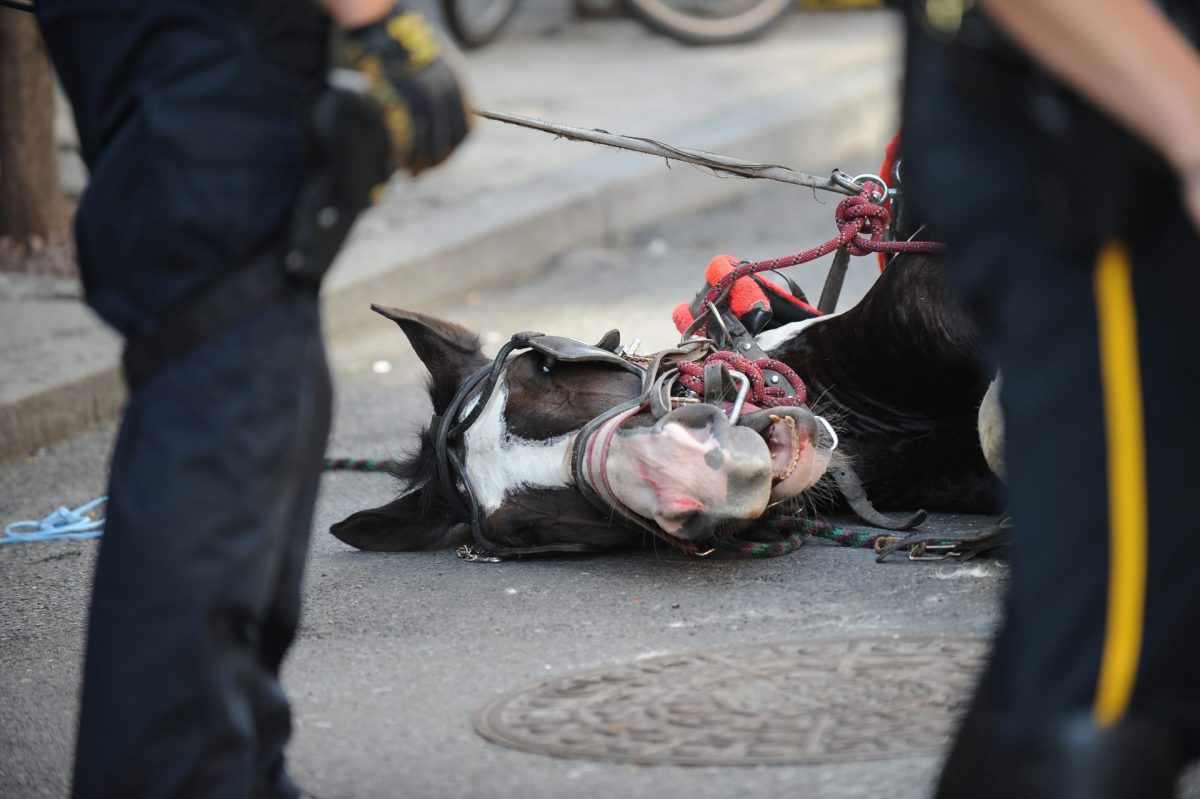 An exhausted carriage horse that collapsed during the evening rush hour in Manhattan on Wednesday is sparking outrage in NYC and online.

Witnesses on the scene uploaded a video to Twitter after the animal’s knees buckled on the asphalt near Times Square. According to The NY Post, an onlooker on the scene said the driver of the horse jerked the reins and slapped the horse to make it stand up as it collapsed. The owner has since been called out for alleged animal abuse.

New York pedestrians were reportedly disturbed as the dejected horse laid down on its side and rested his head on the street before several NYPD officers came to help. Many called for the horse’s owner to face consequences, even “jail” for the horse’s condition.

BREAKING: This horse COLLAPSED while pulling a carriage in NYC, likely from heat exhaustion, and has been down for over an hour.

Horses don’t belong in big cities where they’re put in constant danger because of cars, humans, weather, and more. pic.twitter.com/vXBVRJRjPB

Comments poured in online from concerned people and PETA about the horse’s welfare, including one from a person claiming to be a veterinarian.

“As a vet, I can see from this picture she is way too thin. This poor horse.”

As a vet, I can see from this picture she is way too thin. This poor horse. If the water was cold, that would make heat exhaustion/heat stroke even worse. Lukewarm is best!

Horse Eventually Stood Up After One Hour

According to video and witnesses, a group of police officers then arrived. They were filmed drenching the horse with water, finally getting him on his feet after more than an hour. Reportedly, the NYPD’s mounted unit also transported the animal to an unknown location for treatment, according to police.

“I saw the horse collapse. He obviously was malnourished, dehydrated, hungry. The guy started whipping his horse and telling him to get back up instead of giving him water,” Uber Eats driver Kelvin Gonzalez, 25, told The NY…