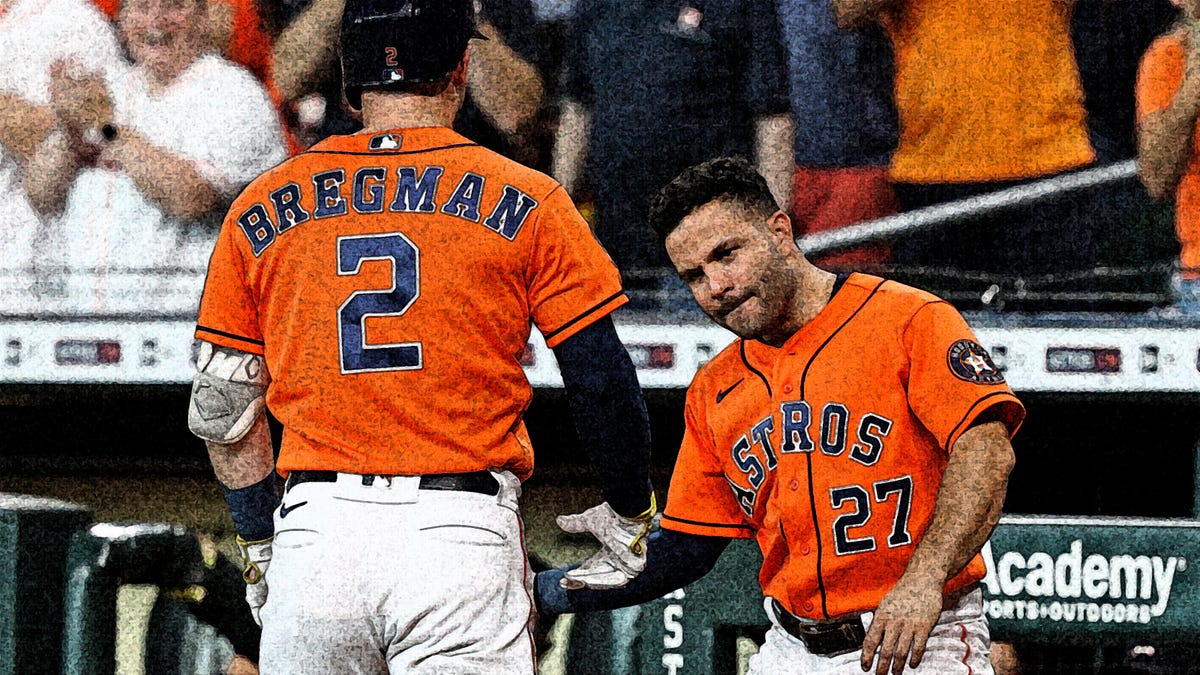 Hopefully, you’ve been watching enough baseball to know the answer to that headline isn’t the Red Sox. At 61-32, and now only 2.5 games behind New York for best record in baseball — courtesy of a doubleheader sweep — the Houston Astros are in a position to make the second half interesting.

For the Yanks, the only consolation prize from the losses — 3-2 and 7-5 finals respectively — was Aaron Judge clobbered No. 34 on the year during the nightcap.

It appears the home run chase is a one-man show as the next closest is Houston’s Yordan Álvarez at 27. The race for the AL MVP though, that’s looking more and more like a battle with the Houston outfielder returning to action from a hand injury.

In mid June, I noted that analytics geeks love him due to this expected xwOBA number.

The stat I keep seeing bandied about is this expected number that Álvarez leads the league in. What I took away from the story problem that is xwOBA, is that Álvarez’s .497 is 30 points higher than the next guy, which is really good considering the “next guy” is Judge.

Álvarez’s xwOBA has dropped down to .467 since then, but his lead over Judge (.427) in that category has increased 10 points. And because I’m an equal opportunity writer, here’s his opposite field homer in the first game.

The funny thing about the Astros is they keep drawing the ire of teams I could never root for even if the opposing squad was convicted of felony sign stealing. I couldn’t pull for Atlanta in the World Series, and the constant bitching by Yankees fans makes Houston easy (and hilarious) foils.

Here’s hoping José Altuve incites a riot in The Bronx with his next ALCS-ending walkoff bomb.