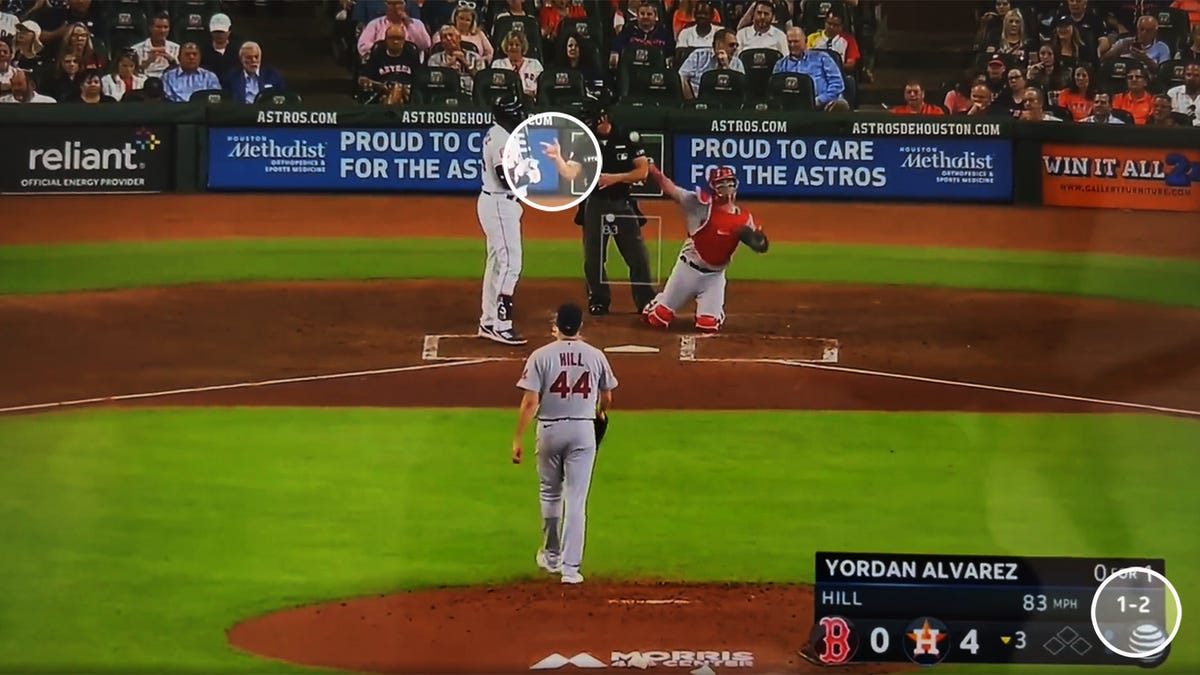 We don’t want to alarm anyone, but it appears home plate umpire Jim Wolf gave Houston’s Yordan Alvarez four strikes in today’s matchup with Rich Hill and the Boston Red Sox. See for yourself.

The count stood at 1-1 when Alvarez fouled off pitch number 3 from Rich Hill, which made two strikes. At that point, both the score bug on the screen and, presumably, Wolf himself appear to be on the same page. But then Alvarez takes strike three on pitch No. 4, and that’s when things get weird. Because neither Wolf, Hill, nor anyone else in attendance, including the players on the field, seemed to notice that Alvarez was out. So Hill kept throwing.

To be fair, strike three just nipped the top corner of the zone, but Wolf called it a strike and then everyone just kept playing. Alvarez grounds out to first on the next pitch, so no harm no foul, except that all our crumbling faith in the men in blue (the umps, not the Dodgers) is further shaken. Three strikes is like, the FIRST RULE you learn in baseball. You get three. Teeballers know this. Kids playing kickball at recess know this. My mother who never played or cared about baseball knows this. So how at least twelve professionals playing Major League Baseball (fourteen if you include the announcers) missed it, is a question somebody needs to answer.

Alvarez is hard enough to get out with a three-strike allowance. Giving him four is choosing violence. And that’s before we get to poor Rich Hill, who these kinds of things always seem to happen to. Do we need to make the argument for #TeamRobotUmps again? Is this the “human element” people are always so afraid to get rid of?

Music+
These are the pinnacle of Apple AirPod design, and feature active noise cancelling, a transparency mode for when you need to hear what’s around you, spatial audio for accuracy, adaptive EQ, and are even sweat resistant.

Do better, everyone involved.