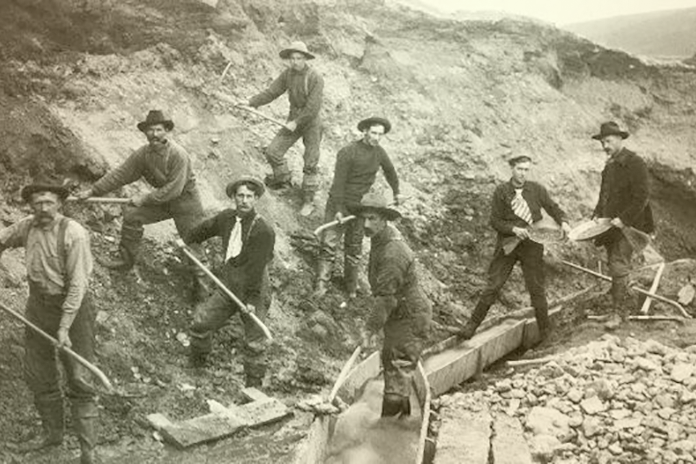 How African-Americans Contributed in the California Gold Rush

The California Gold Rush was a period of immense economic opportunity. During the discovery of gold, people from all walks of life migrated to California in search of a better life. African-Americans played an important role in this pivotal time in history. Despite prejudice against them, African-Americans went to California to earn their fortune in the gold mines.

The Gold Rush became a great equalizer. A widely circulated letter during the time written by an army officer in California observed that “the merest Negro could make more than our present governor.” In fact, many black families were able to earn through the gold mines.

Mountain Democrat discusses prominent African-American families in Coloma Valley who benefited from the Gold Rush. In 1849, Nancy and Peter Gooch arrived in Coloma during the height of the Gold Rush as slaves. A year later, they gained their freedom when California joined the Union as a free state. Their son Andrew Monroe soon followed and together they transformed idle land into a productive apple and pear orchard. When the Gold Rush died down, agriculture soon replaced gold as the main industry in the Valley. Their orchard still survives today.

That same year, a small group of African-American miners created one of the earliest mining claims in Negro Bar, Sacramento County. After a year of mining, the group moved north to a more permanent location in Massachusetts Flat and Negro Hill. The California Department of Education dubs these as one of the first successful mining claims mined by African-Americans.

Lasting Contributions to the Gold Trade

Black people were integral to the development of the gold trade and therefore American history. Today, America’s gold industry is located on the other coast. FXCM’s gold trading guide explains how the central hub of the gold market is the New York Commodities Exchange. Of course, New York was built by African Americans which is something that also often gets overlooked. Without their contribution America and New York wouldn’t be what they are today. In the present day African-Americans continue to support gold trading by holding top roles in trading, investment and asset managing.

The lack of knowledge on the involvement of African Americans in building the country’s gold industry is not surprising. We have covered how people like Henrietta Lacks were vital to medicine but died broke and forgotten in American history. Even though the cells from her body were stolen her family haven’t got any of the profits from the billion dollar healthcare industry. Like the Gold Rush, this is a part of American history that isn’t talked about or taught. Without the opportunities African-Americans saw in the Gold Rush, our economic, social and civic life might not be as prosperous as it is today.