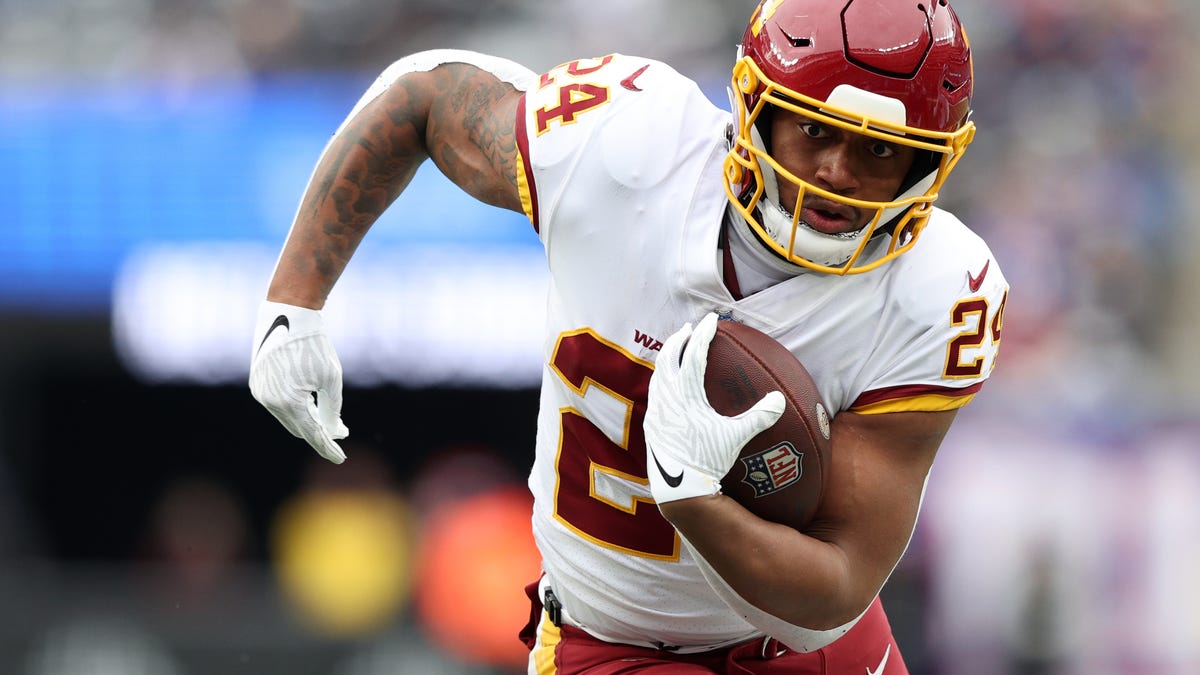 How far has the Commanders’ Antonio Gibson fallen?

A long, long time ago, I can still remember when Antonio Gibson used to make me smile. And I knew if he got that chance, that he’d make all of DC dance, and maybe they’d be happy for a while. Then, Aug. 16, 2022, made me shiver, because I just read that Gibson was taking reps with the Commanders’ punt team in practice!

What happened man? Gibson was supposed to be the next big thing. He gave us one of the most memorable performances of 2020 with his incredible three-touchdown showing against Dallas on Thanksgiving. He played wide receiver in college, so he had great hands for a halfback. He was everything a coach could ask for. Yet somehow, Gibson managed to lose a lot of touches to JD McKissic in 2021 and could potentially just be used as a change-of-pace back in 2022 behind both McKissic and Brian Robinson Jr. Gibson wasn’t bad last year. He averaged four yards a carry, and while that number was lower than McKissic’s 4.4, Gibson was often running in much more obvious running situations. So, why has he been all but forgotten in Ron Rivera’s offense?

The first thing that comes to mind is his pass-blocking. While Gibby might be a decent pass-catcher, he can’t stop a pass rusher to save his life. Midway through last season, Gibson had a pass-blocking grade of 19.2 from Pro Football Focus — the lowest among qualified backs at that point in the season. That grade did get slightly better as the season progressed, but Gibson’s untrustworthiness on passing downs was already well-documented, and opting for an incredible pass blocking back like McKissic just made much more sense. Gibson finished the season with a 45.4 pass blocking grade. McKissic finished with a grade of 66.3, and was more efficient in the run game. It was a move that just made sense to the Washington staff.

Pass blocking wasn’t the only thing keeping Gibson on the sidelines though. Gibby also had a problem with fumbles. In 2021, he put the ball on the ground six times — the most of any non-quarterback in the league last season. So perhaps when Gibson fumbled in the Commanders’ preseason opener,…