BREAKING NEWS
GMT-4 10:33
Home Sports How many different ways are there to call Deshaun Watson a dirtbag? 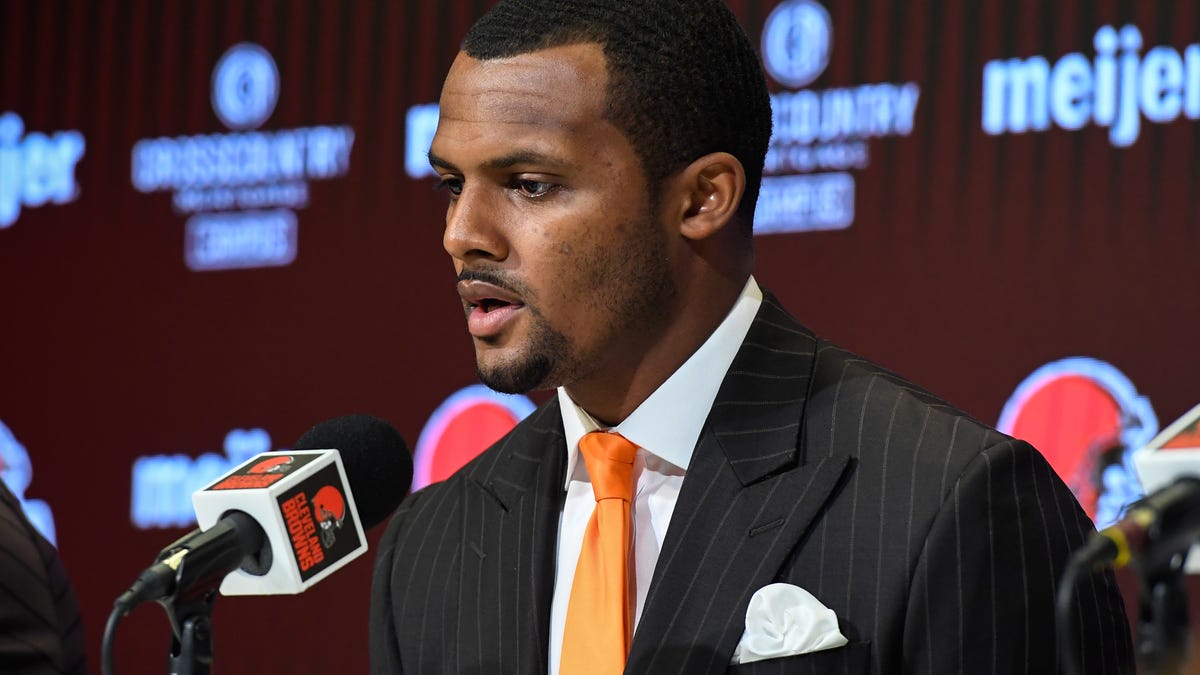 How many different ways are there to call Deshaun Watson a dirtbag?

Posted By: adminon: May 18, 2022In: SportsNo Comments
Print Email

/Deshaun Watson took his teammates to the Bahamas.Image: Getty Images

Deshaun Watson can take the entire Browns team to Abu freaking Dhabi for all we care — it’s not going to erase the 22 ongoing sexual misconduct and assault cases that he’s still facing. Whether the announcement that he was treating his new offense to a Bahamas trip was an attempt at garnering an ounce of positive press or just a way to win over new teammates ready to be bought out and look past his plethora of sins, no one is going to forget the allegations — and the rest of the Browns shouldn’t be contributing to normalizing his presence on a roster.

The latest news in the pre-trial depositions (again, of the 22 civil trials that Watson is facing down right now) is that he admitted that one of the plaintiffs, Ashley Solis, cried after a massage therapy session, per USA TODAY. The first of the therapists to go public, at enormous personal risk, Solis claimed that Watson touched her with his penis during their session. After the session, he texted her: “Sorry about you feeling uncomfortable. Never were the intentions. Lmk if you want to work in the future. My apologies.”

As expected, Watson is claiming that he has no idea why she was “teary-eyed.” He’s also reportedly meeting with the NFL this week to determine whether he’ll face suspension for breaking the league’s code of conduct. Rumors on Twitter are floating around, with three-, four-, or six-week suspension possibilities getting thrown out there, but the reality of the situation is that no one really knows what his suspension will look like. All there is to do is wait and see.

The good news in this is that it’s not just going to go away for him — at least, not for the time being. With no existing court orders preventing lawyers from sharing pre-trial depositions, leaks like the Solis texts and the crying acknowledgement will keep coming from 22 different women who have been courageous enough to put their names out there and continue to take a stand against an incredibly popular public figure, even when NFL teams and owners were more than willing to be blind to…