BREAKING NEWS
GMT-4 12:21
Home Technology How Many Prime Days Are Happening in 2022? 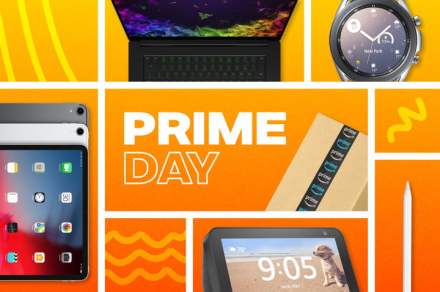 How Many Prime Days Are Happening in 2022?

Prime Day deals aren’t just a one-day event any more. In the past, it may have been a speedy 24-hour thing, but nowadays, it runs for two days. Prime Day 2022 is on July 12 and July 13 this year, meaning 48 hours of checking out the best deals around on all kinds of items including the most highly sought after technology and gadgets. But, will there be another Prime Day event this year? Sources think it’s possible. Let’s take a look at what we know so far.

Will there be another Prime Day in the Fall?

According to Business Insider and CNBC, Amazon is planning to launch a new shopping event later this year. Supposedly, the event will be called Prime Fall Deal Event.

Amazon has been messaging sellers recently, asking them to submit special promotion deals for the event, reports Business Insider. Those deals? Everyone’s favorite Lighting Deals which tend to be short, sharp deals that last for a limited time only.

It’s not yet clear when the Prime Fall Deal Event will happen, or even if the name will stay the same. All we do know is that it will be in the fall sometime. Some sellers have told Business Insider that they believe it will happen in October. Last year, Amazon held a separate beauty product sales event in October. It could also happen in October to be ahead of the traditional holiday shopping season of Black Friday and Cyber Monday.

The Wall Street Journal recently reported that sales growth for Prime Day had slowed with high inflation and shifting habits for consumers to blame. A new sales event in October could be exactly what Amazon needs to boost its sales figures.

For now, we’ll be sure to keep you updated when we know what’s happening with Amazon’s potential second sales event.