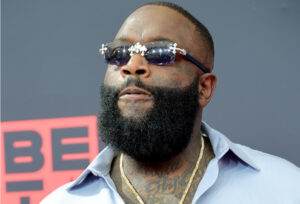 Who knew owning livestock could save you money? Considering the growing number of animals the rapper keeps adding to his Promise Land Zoo, Rick Ross might have had an idea.

Ross has shared highlights of his self-made zoo at his massive estate in Fayetteville, Georgia. With 235 acres of land, Ross has more than enough space to house his livestock.

In May, Ross posted a video showing the “pet cats” he wants to add to his zoo. The two Senegalese lions yawned and affectionately bumped their heads in the short video clips.

In March, Ross expanded his zoo with two buffalo he was gifted by Darius Burton, director of brand operations at Ethika, TMZ reports. Burton initially hoped to gift Ross a giraffe, but the rap mogul said the animal was too large to take on.

“We are gifting Ross these Buffalo after a conversation at his birthday party back in January,” Burton said at the time.

“I wanted to get him a giraffe, but he wasn’t ready for that commitment, so he said let’s start smaller, like a cow. I said nah, everyone has cows; I want you to have something nobody in your state has. I’m getting you a buffalo.”

The buffalo joined Ross’ growing ranch consisting of four horses and a bull. Burton still plans on gifting Ross the giraffe for Christmas, so the zoo has plans for further expansion.

According to Chapter 40-29 of the Georgia Agriculture Tax Exemption rule, agricultural products or purposes include the following activities: “managing livestock, equine or poultry; producing or storing feed for use in the production of livestock, including, but not limited to cattle, calves, swine, hogs, goats sheep, equine and rabbits.”

Considering the rule identifying “livestock” as “living organisms that are commonly regarded as farm animals,” Ross’ two buffalo and one bull qualify him for the tax exemption. It’s another example of how much of a real-life boss Rick Ross is.