BREAKING NEWS
GMT-4 03:04
Home Black Global ‘How To Murder Your Husband’ Writer On Trial For Murder Of Husband 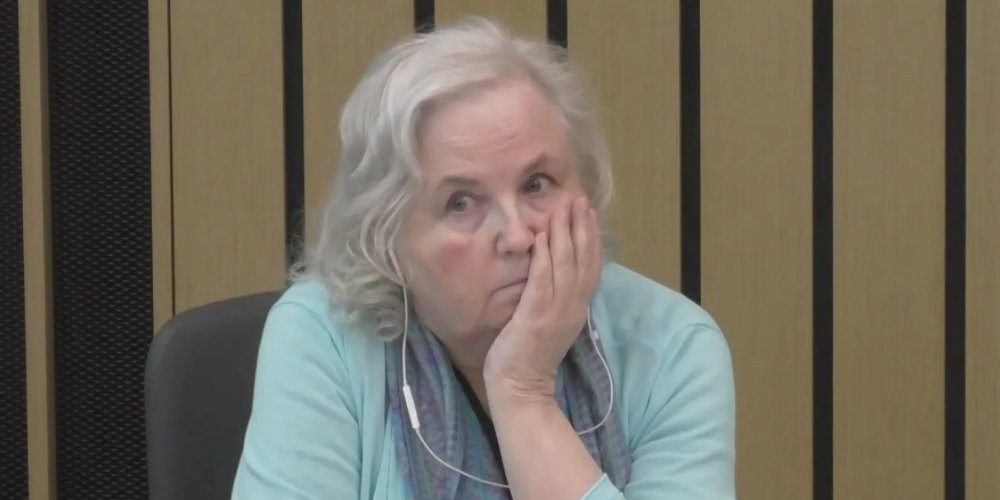 A writer who penned a piece titled “How To Murder Your Husband” is on trial in the United States for…killing her husband.

It is a case that has all the hallmarks of classic detective fiction — a huge insurance payout, an impecunious suspect who claims to have amnesia, a missing weapon, and surveillance footage that seems to have caught the culprit red-handed.

But for novelist Nancy Crampton Brophy, it’s not the plot of her latest book; it’s real life in an Oregon court room.

Crampton Brophy, whose “Wrong Never Felt So Right” series of novels include “The Wrong Husband” and “The Wrong Lover,” stands accused of shooting Daniel Brophy, using a gun whose now-missing barrel she bought on eBay.

Prosecutors say the 71-year-old writer was struggling to make payments on her mortgage, but kept up multiple life assurance policies that would pay out a total of $1.4 million in the event of her husband’s demise.

“I do better with Dan alive financially than I do with Dan dead,” she said as she took the stand in Portland this week, The Oregonian newspaper reported.

“Where is the motivation I would ask you? An editor would laugh and say, ‘I think you need to work harder on this story, you have a big hole in it.’”

Prosecutor Shawn Overstreet said security camera footage had captured Crampton Brophy’s minivan outside the Oregon Culinary Institute on June 2, 2018 at almost exactly the time her chef husband was killed in one of the school’s classrooms.

“You were there at the same time that someone happens to be shooting your husband….with the exact type of gun that you own and which is now mysteriously missing,” he said.

Crampton Brophy told the court she has no memory of being there, though acknowledges she must have been, insisting the CCTV images show her in the area because she was driving around getting inspiration for a story.

“This is not a man I would have shot because I had a memory issue. It seems to me if I had shot him, I would know every detail.”

Daniel Brophy, 63, was found dead that morning by students readying for a class. He had been shot twice.