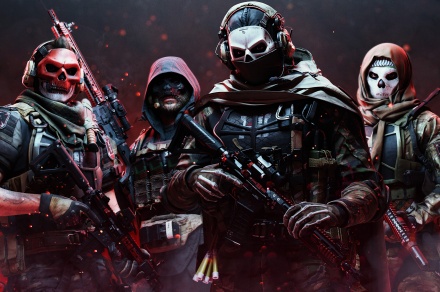 No, you read that right and it isn’t deja vu. Modern Warfare II, not to be confused with Call of Duty: Modern Warfare 2 from 2009, is 2023’s yearly installment in the biggest gaming series on earth. This is the follow-up to 2019’s Modern Warfare and the next game after we returned to World War 2 last year in Vanguard, and this title has a lot of weight on its shoulders. For many, the series has been feeling stale and uninspired as of late, but the return of Ghost with Task Force 141, and calling back to perhaps the most popular game in the series, can’t be for nothing.

Call of Duty fans, for the most part, are already sold on Modern Warfare II. It’s a safe bet of a game if you’re looking for a solid, high-action, and competitive roller coaster of a game. At the same time, in the modern age, Modern Warfare II isn’t just a game you buy and forget about. There’s plenty of extra content to get on top of just your base experience, some of which can only be obtained through pre-orders and buying specific editions. While there are no RC cars or night vision goggles this time around, you will definitely want to check out what you can add to your loadout come launch.

Where can I pre-order Modern Warfare II?

As is typically the case, the most straightforward way to pre-order Modern Warfare II is through the official Call of Duty website. Here you can easily select your platform of choice, as well as which edition you want, and be taken directly to the appropriate storefront to pre-order. You can get the game via PlayStation, Xbox, BattleNet, or Steam.

We’re lumping these two together since they are the same in every way except that they just call the Cross-Gen Bundle Standard for PC platforms since, obviously, they only need one version. The cover art for this version is a close shot of Ghost’s masked face. This edition costs $70 and has the following: