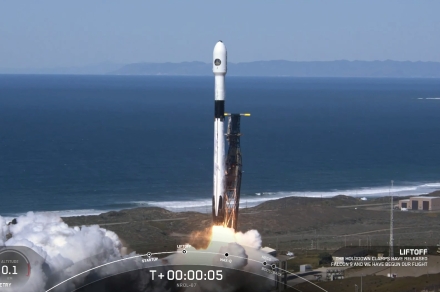 How to watch SpaceX’s next Starlink launch tomorrow

SpaceX is having a busy few days — having just beat its record for number of launches per year, the company is performing yet another launch tomorrow, Sunday, July 24. This will be another launch of Starlink satellites, and the launch will be livestreamed by SpaceX. We’ve got all the details on how to watch below.

SpaceX ‘s further batch of Starlink satellites will add to its satellite constellation which aims to provide global broadband internet access. The advantage of providing such internet via satellites instead of on the ground is that it can service even remote and rural regions, which are often underserved. In the U.S., for example, millions of people live in areas without access to broadband speed internet, and globally the lack of internet access is even worse.

Starlink has also been used to provide internet following natural disasters or in places experiencing war, such as a service provided in Ukraine following the Russian invasion there. However, Starlink has not been without its controversies. Astronomers have raised concerns that the number of satellites being launched, along with their low orbit, could jeopardize research efforts due to the sunlight that they reflect.

The launch of the latest batch of satellites is set to go ahead at 9:38 a.m. ET (6:38 a.m. PT) from Launch Complex 39A (LC-39A) at Kennedy Space Center in Florida, using a Falcon 9 rocket to deploy a batch of 53 Starlink satellites into low Earth orbit.

The launch process will be shown on a livestream, with video and graphics showing the process including the final preparations before liftoff, liftoff itself, the separation of the first stage and fairing, the deployment of the Starlink…