BREAKING NEWS
GMT-4 07:24
Home Technology How to watch the Artemis I tanking test on Wednesday 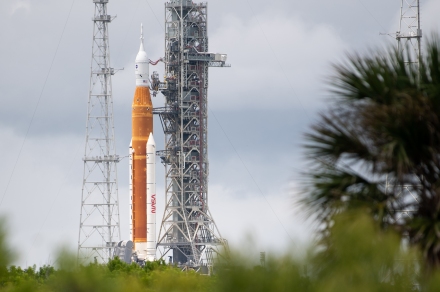 How to watch the Artemis I tanking test on Wednesday

Following two unsuccessful attempts at launching its new rocket, NASA is gearing up for a third attempt at launching the Space Launch System on September 27. As part of the launch preparations, this time NASA will perform a separate cryogenic demonstration test several days before the launch date to check whether recent fixes have worked. This test will be livestreamed by NASA this week, and we’ve got all the information you need to know about the test and how to watch it below.

With the Space Launch System rocket still on the launch pad at NASA’s Kennedy Space Center in Florida, fixes have been made on site and the test is scheduled for Wednesday, September 21.

What to expect from the test

NASA’s Space Launch System rocket and Orion spacecraft are seen atop the mobile launcher at Launch Pad 39B at Kennedy Space Center in Florida on Aug. 28, 2022. NASA/Joel Kowsky

The two previous attempts to launch the Space Launch System rocket and the Orion spacecraft on the uncrewed Artemis I mission around the moon have had issues with hydrogen leaks. The rocket uses a mixture of both liquid oxygen and liquid hydrogen as fuel, but getting the liquid hydrogen into the rocket’s core stage has proved troublesome.

During the first attempt at launch, there was a small liquid hydrogen leak but the launch was called off due to issues with the engines. During the second attempt, however, there was a more serious leak and several attempts to fix it were unsuccessful.

Since then, NASA engineers have completed repair work to the hardware affected by the leak. To try to avoid another leak issue, the tanking test will see the rocket’s tanks filled with fuel to test out whether everything goes smoothly ahead of the actual launch.

“The demonstration test will allow teams to confirm the repair to a hydrogen leak seen during an early September Artemis I launch attempt, evaluate updated propellant loading procedures, and conduct additional evaluations,” NASA explains. “The demonstration will conclude when the objectives for the test have been met.”

How to watch the test