BREAKING NEWS
GMT-4 10:25
Home Technology How to watch the release of the first James Webb images 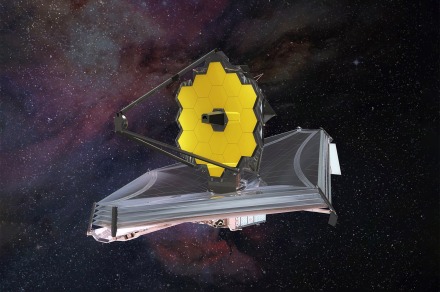 How to watch the release of the first James Webb images

This week will see a huge event in the world of astronomy, with the release of the first science images from the James Webb Space Telescope. Launched in December last year, the telescope had to travel to its orbit around the sun, deploy its hardware including a 6.5-meter primary mirror and a tennis court-sized sunshield, then align and calibrate its four instruments. With all that done, scientists are itching to start work with the telescope, and the first results will be shared on Tuesday, July 12.

The release of the images will be livestreamed by NASA, and we have the details on how to watch below.

What to expect from the images

Engineering images of sharply focused stars in the field of view of each instrument demonstrate that the telescope is fully aligned and in focus. NASA/STScI

The images will show space objects in incredible detail, including the deepest image of the universe ever taken. NASA recently announced what the objects being imaged were, including a rare glimpse into the atmosphere of an exoplanet (which includes spectroscopy data), images of two nebulae, images of a galaxy group, and a deep field image.

Webb instruments operate in the infrared, which means they can detect different features from instruments that operate primarily in the visible light wavelength like those on Hubble. Webb is also very powerful, so it can see very distant and very faint objects, allowing astronomers to get the deepest view yet of parts of the universe and to see some of the earliest galaxies in the universe.

How to watch the image release

To watch the reveal of the first images, you can tune into the announcement on NASA TV. You can watch this either by heading to NASA’s YouTube page or by using the video embedded near the top of this page. The broadcast for the release of the images will begin at 10:30 a.m. ET (7:30 a.m. PT) on Tuesday, July 12.

If you just want to see the images, once they are made public those will be available at the first images gallery on NASA’s website, or you’ll be able to find them in high-resolution with more information posted on the Webb Telescope website.