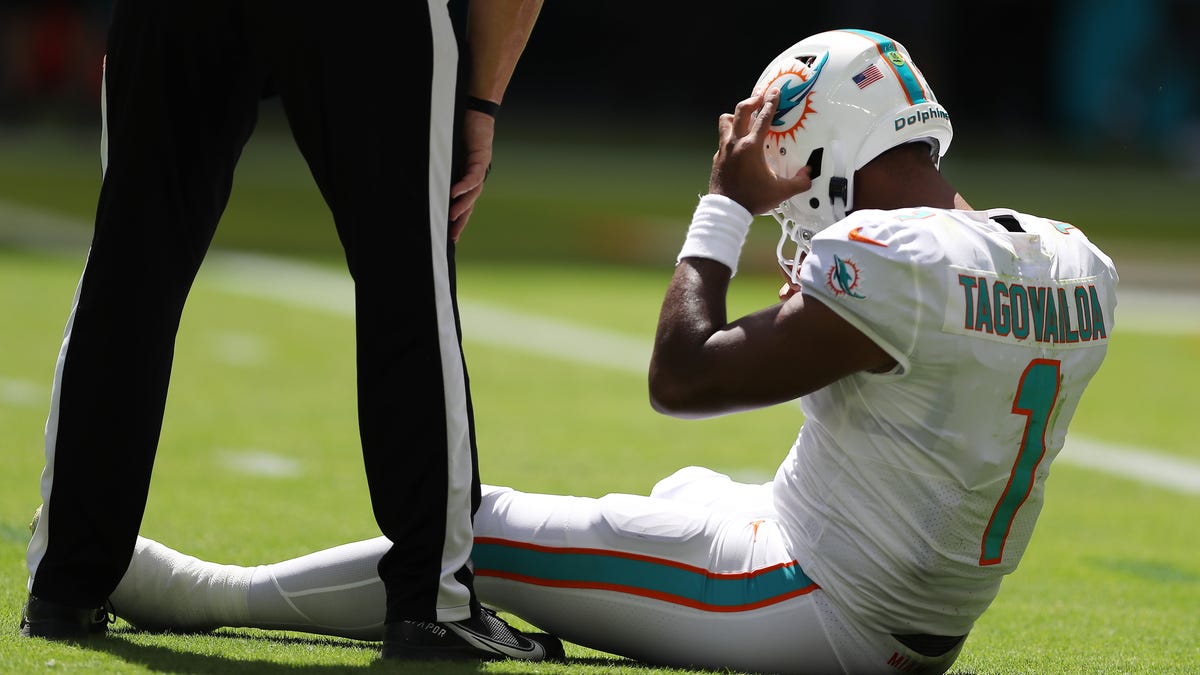 How was Miami Dolphins QB Tua Tagovailoa allowed to return to Bills game?

Tua Tagovailoa holds his head during Sunday’s win over the Bills.Image: Getty Images

The NFLPA wants a deeper look into how Tua Tagovailoa got back into Sunday’s game after wobbling like Glass Joe and having to come out after hitting his head on the turf in the first half in Miami’s 21-19 win over Buffalo.

Tua’s and the Dolphins’ story was that it was actually his back that seized up after his crash to the dirt, not that he was dizzy, which falls into the “steamed hams” level of ass-covering.

But the thing is, that’s how Tua wanted it:

“But I mean, any competitor that would’ve never wanted to come out would’ve did the same thing.”

And this is the fight. The players want to play, the team wants him to play, and there’s little anyone can do to stand in the way if that’s what they both want. We always hear the rules are in place to protect the players from themselves, and it’s true. But there’s only so much you can do against someone’s will. At this point, the players are aware of the risks and the consequences, or have done a lot of legwork not to be.

You’d like to think that once someone is stumbling around like Tua was, there shouldn’t even have to be any examination. He’s just automatically pulled from the game and the check can wait for Monday or Tuesday. And yet players keep finding their way back to the field.

So what do the players really want? What do they want their union to do? Because it seems like they want to keep getting on the field.