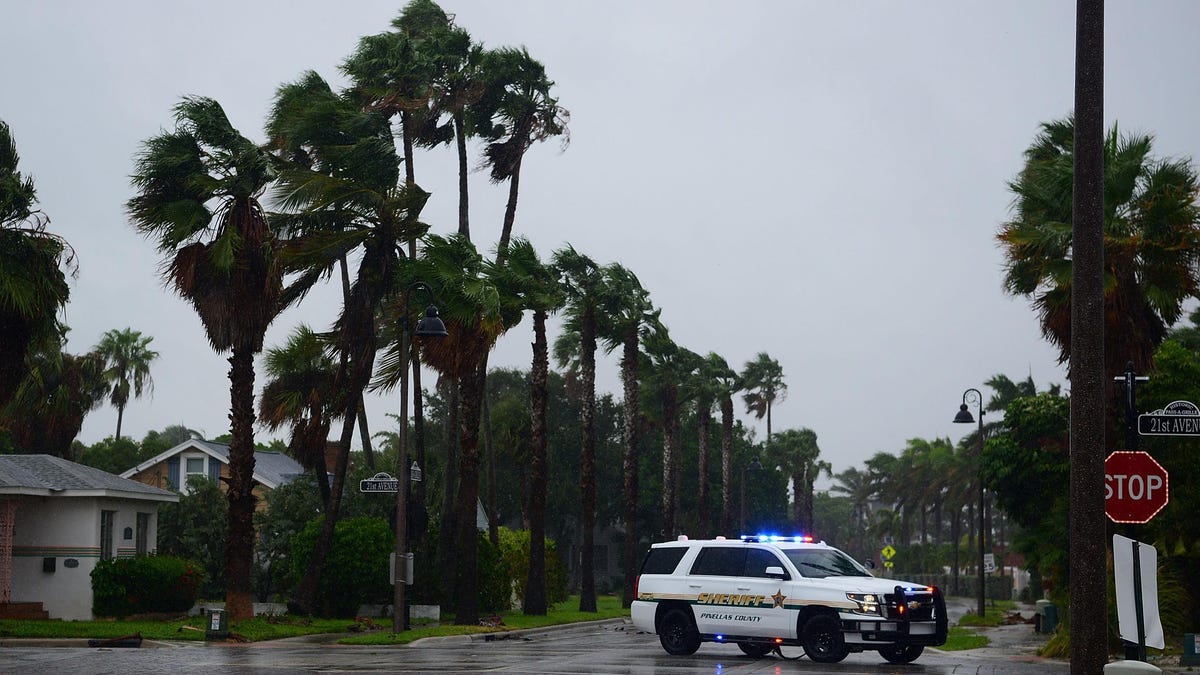 A police patrol drives around a neighborhood of St. Pete Beach as the winds from Hurricane Ian arrive on September 28, 2022 in St. Petersburg, FloridaImage: Getty Images

As large parts of Florida brace for the impact of Hurricane Ian, the sports world has rescheduled several games, with more likely on the way. Ian, a category 4 storm that has brought damage and flooding to Cuba, is expected to make landfall late Wednesday afternoon and continue piercing through central Florida until Thursday night.

This weekend’s series between the Mets and Braves will go a long way in deciding which team wins the NL East. It’s currently scheduled to be played in Atlanta — right in Ian’s path, with heavy rain expected throughout the weekend. The teams are tied for first place in the division heading into Wednesday night’s games and are playoff-bound. Georgia Gov. Brian Kemp has already declared a state of emergency with the National Guard on standby. Both teams are off Thursday, with multiple reports stating moving the series to a neutral location hasn’t seriously been discussed. One option is a Sunday doubleheader at Truist Park. The Rays are out of Ian’s path with road series against Cleveland and Houston this week.

Wake Forest head football coach Dave Clawson was outspoken about keeping his players out of Ian’s wrath. The Demon Deacons are currently scheduled to play at Florida State on Saturday. “You certainly hope that the ACC will make the right decision,” Clawson told reporters Tuesday. “If they don’t, we will. We’re not going to travel down there and put anyone at risk.”

Lift you up
Folds away, which is huge for your quality of life, has an…