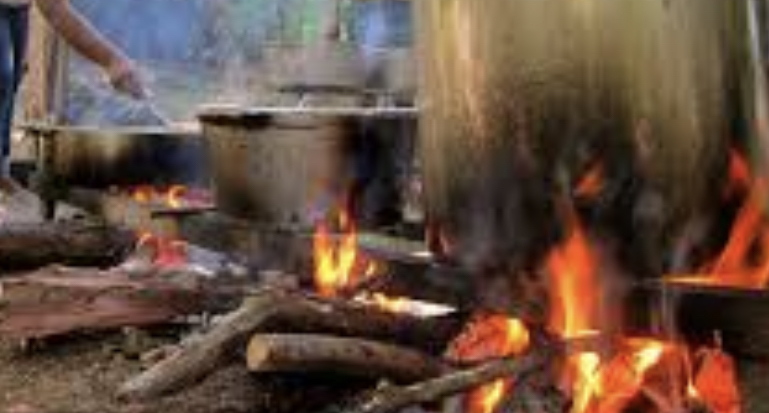 An unexpected altercation that allegedly started with a Jamaican woman dragging the hair of her husband’s mistress in Antigua led to the mistress being burned with boiling goat soup and the Jamaican being apprehended and charged.

The incident occurred on the afternoon of June 6, when Jeffrey allegedly attacked her husband’s mistress, who her husband currently lives with. At a Sunrise Breakfast Fete in Willikies where the complainant was working at one of the food stations with her boyfriend, who is the defendant’s husband. At the station, the couple was serving goat soup from a pot that was still on the fire.

It was at that time the complainant felt someone grab her hair from behind, pulling her backwards, which was when she fell. As she fell to the ground the pot of soup fell off the stand too and burnt her.

While only the defendant’s hand was burnt, the complainant received superficial burns to both her hand and face.

When Jeffery first appeared in the All Saints Magistrate’s Court on Monday, it was brought to the court’s attention that she was overstaying her time, which expired in May.

Jeffery was ordered to do one day in jail while the magistrate considered the best course of action.

The defendant was granted bail after her lawyer, Michael Archibald, presented several points on Tuesday outlining why his client should not be barred from getting bail merely because of her status.

It was argued by Archibald that his client has ties to the country, where she has been living for seven years, and she takes care of her two sons and her husband’s daughter. It was also noted that she applied for residency and has shown no propensity to abscond.

Subsequently, Jeffrey was granted bail on the condition that she provide two Antiguan sureties, report to the nearest police station three days per week, report to the immigration department once per week, stay at…