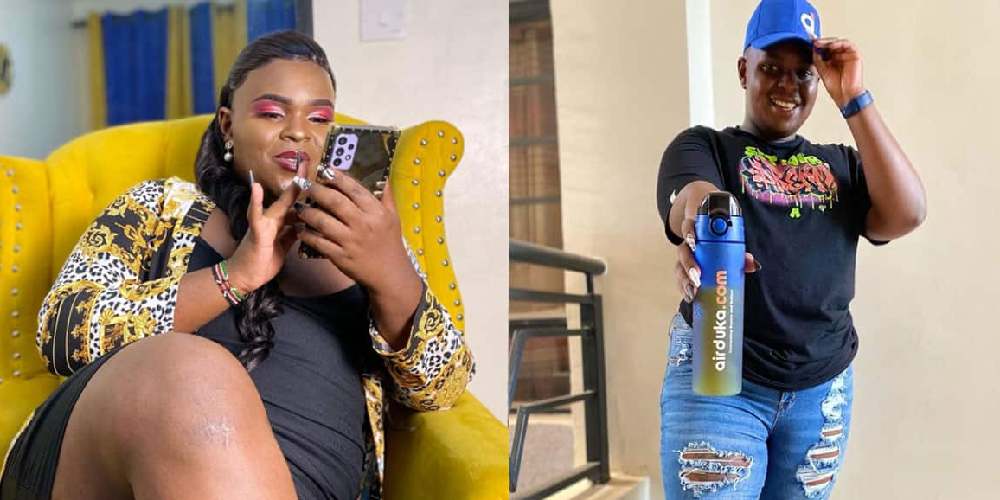 ‘I Am Afraid Haters Would Harm My Son,’ Says Tiktoker Kinuthia’s Mum

Tiktoker Kinuthia over the weekend celebrated his birthday with family and friends.

Among those who attended the birthday was his mum who had an opportunity to speak about his son.

In an interview with Mungai Eve, Kinuthia’s mum noted that he supports his son’s talent but called out trolls for hating on her innocent child.

Kinuthia is the last born in a family of three.

“I gave birth to a boy, Kinuthia. Whether he calls himself baby girl on social media or not. Whatever he is doing, cross-dressing is only for the internet and to entertain his fans,” she said.

“He is my last born and I am happy that he is 21 years. I brought him up like any other child.”

Speaking about his content creations, Kinuthia’s mum said she had wanted her son to join university and paid for his university for a whole year but he chose to focus on social media.

“I called his sisters and we agreed so I blessed him and am so proud of him. He started cross-dressing while in class 7,” she said.

“I don’t judge him for cross-dressing, there are those who have done it before him. I used to feel bad before but nowadays, I am used to the hate and I am no longer stressed about it.”

Kinuthia’s mum also said sometimes she is afraid haters would harm him and therefore ensures he sends her his location on places he attends.

“I am afraid because he has haters and I don’t know what they could do to him,” she said.

“You will never lack haters but I know he is doing well. People should love their children and support their children. I wake up every day to check if he is safe. He is the last person to wish me a good night and I make sure he sends me a pin of wherever he is going.”

The drag queen’s mum also noted that she hopes her son will settle down and get a baby girl as a firstborn.

“I’m really proud of my son. He is actually stepping up and has fit perfectly into his father’s shoes.”

“Hata naombanga akipapta bibi katoto ka kwanza kawe kasichana.” If he want to get someone I will support him so much so I can have a daughter-in-law.”