BREAKING NEWS
GMT-4 10:02
Home Black Global I Broke Up With My Boyfriend Because Of My New Mercedes Benz 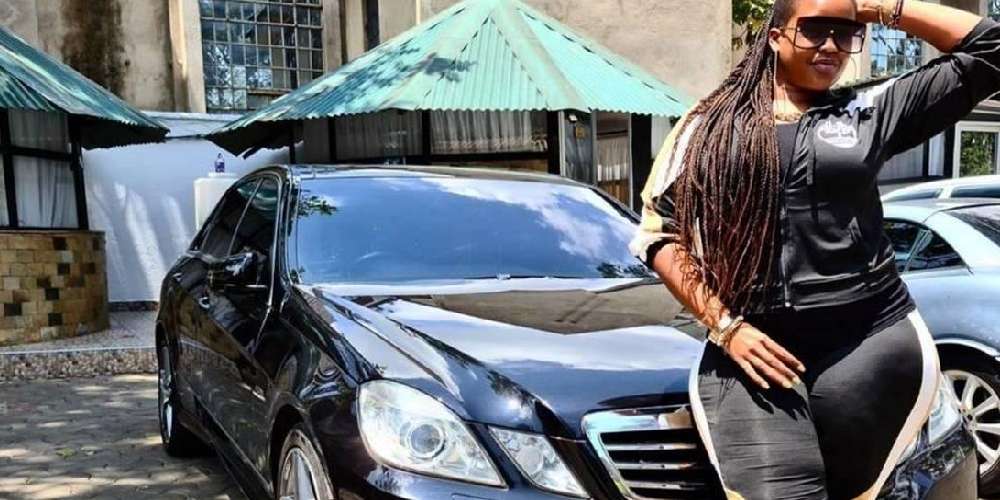 Kamene Goro acquired a brand new Mercedes Benz E-Class sometime in September 2020 when the Covid-19 pandemic had devastated the economy rendering so many people broke.

The radio presenter took to social media to show off her German machine shortly after she took possession of the new whip.

Kamene narrated how she clashed with her ex-boyfriend because of her Mercedes Benz while speaking on her radio show.

The radio presenter said her ex used to brag to his friends about things she owned. She recalled how he begged her to drive the new Mercedes when they were going out.

Kamene said her boyfriend met his boys when they pulled over and that they applauded him after they saw the new German machine.

The boyfriend lied to his friends that he had just imported the new whip and that the Coronavirus situation was a blessing in disguise for him.

“There is a dude that I dated, an ex of mine. We were going somewhere we were using my car, he wanted to drive. We got to this joint. So when he pulled over a couple of his boys were around,” Kamane recalled.

The radio presenter was completely taken aback when her boyfriend lied to his friends that the Mercedes was his and that he had just imported it into the country.

“This ninja is even giving stories of how he imported my car. I was just there standing like ‘are you kidding me?’ She lamented.

Kamene said that she broke up with her boyfriend shortly after he bragged to his friends how he owned her Mercedes Benz which is worth approximately Ksh3.5 million.

“Save to safe that was the last time I went anywhere in public with him,” she said.